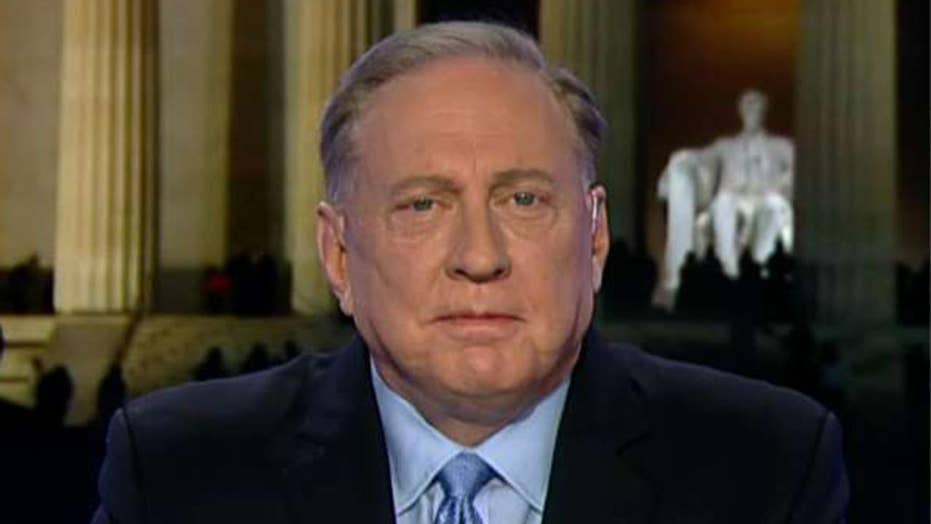 Col. Macgregor: US airstrikes look like an attempt to drag us into a war

The airstrikes took place days after a U.S. defense contractor was killed at a military compound in a rocket attack.

Macgregor believes some U.S. officials are walking Trump into an "ambush."

"I don't think we have any idea what we're doing there. And I think the president has been skillfully misinformed," Macgregor said. "I think he's being walked into another ambush much as he was last summer when all of a sudden he was presented with this fait accompli. 'They've shot down a Global Hawk [drone]. We have to attack Iran.' Now we have attacked these Iranian backed forces.

Steyn asked Macgregor if Trump has become "captive of Bush-era policy" prompting the colonel to say it "appears" that way and warning that the president is the only person keeping the country from another "pointless war."

"He's the one who can say no, and he does," Macgregor said. "But he needs to understand that's not enough. He's got to move the people around him who are part of the problem out."