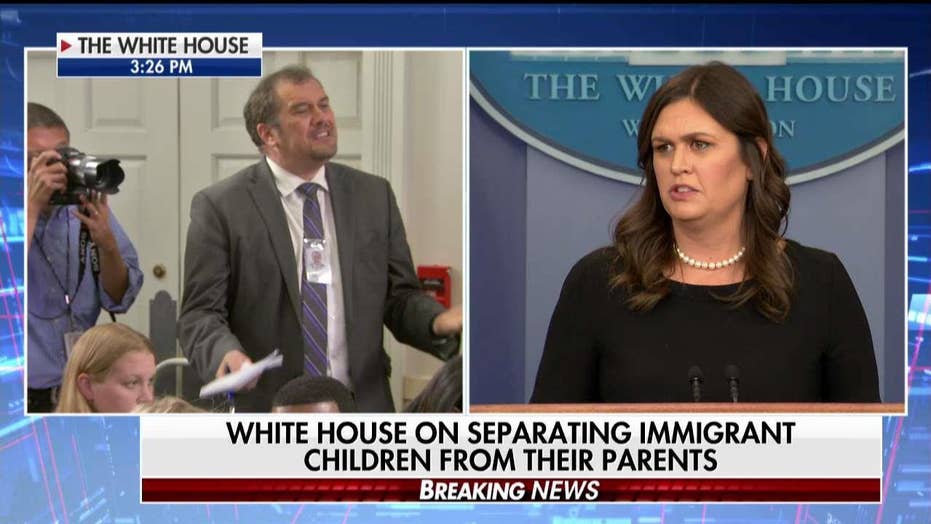 “Karem filed this suit to enjoin enforcement of the suspension, arguing that it violated the First and Fifth Amendments. The district court found Karem’s Fifth Amendment due process claim likely to succeed on the merits and preliminarily enjoined the suspension. With one minor adjustment to the injunction’s scope, we now affirm. Karem is likely to succeed on his due process claim because, on this record, he lacked fair notice that the White House might punish his purportedly unprofessional conduct by suspending his hard pass for a month,” the ruling stated.

The case will continue to be litigated, but Karem’s hard pass can be restored for now, and he’s allowed to attend events at the White House.

Karem had grown notorious for heated confrontations with President Trump and members of his administration. He and Gorka got into a shouting match that was captured on video after Karem described the summit participants as a “group of people that are eager for demonic possession."

WASHINGTON, DC - JULY 11: Brian Karem of Playboy Magazine argues with conservative military and intelligence analyst and former deputy assistant to President Donald Trump Sebastian Gorka (not pictured) after the President made a Rose Garden statement on the census July 11, 2019 at the White House in Washington, DC. (Photo by Alex Wong/Getty Images)

After a bit of back and forth, Gorka shouted at Karem, “You're a punk, you're not a journalist, you're a punk.” Karem then told Gorka to “get a job.”

At one point, Karem suggested they take their conversation “outside,” although they were already in the Rose Garden.

Earlier this year, Trump called Karem a “loudmouth” during a coronavirus press briefing in the Rose Garden.

Back in 2018, the White House took away the credentials of Jim Acosta, CNN's chief White House correspondent, after a contentious exchange with President Trump in which the White House claimed Acosta had placed his hands on a female intern while trying to hold on to his microphone. CNN sued, and nine days later a judge ordered his credentials restored.