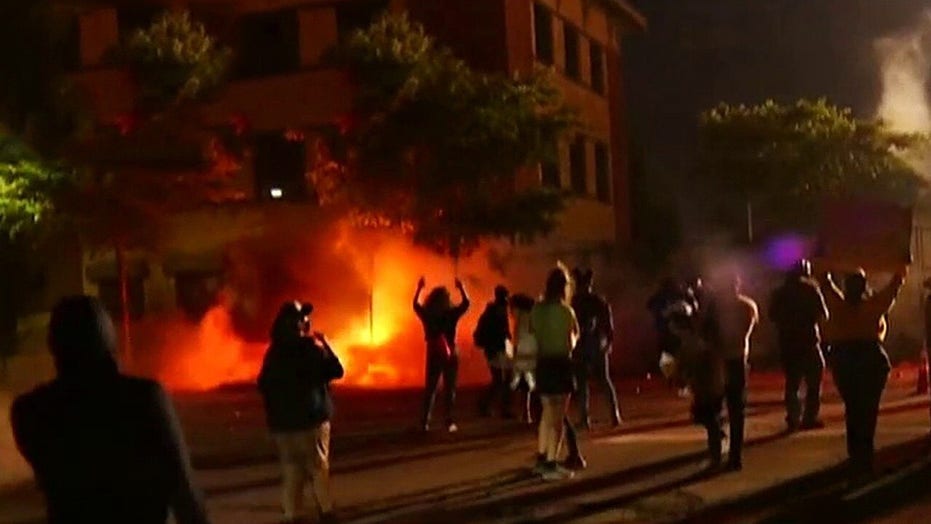 Matt Finn reports from outside a burning shopping plaza in Minnesota after the third night of violent protests.

CNN’s Van Jones said a “white, liberal Hillary Clinton supporter” could pose a bigger threat to African Americans than the Ku Klux Klan on Friday morning when discussing the state of race relations in the United States following the violent protests that erupted in Minneapolis, and the false accusations made against an African-American man by a white woman in Central Park in New York City.

“It’s not the racist white person, who is in the Ku Klux Klan that we have to worry about. It’s the white, liberal Hillary Clinton supporter walking her dog in Central Park who would tell you right now, 'Oh I don’t see race, race is no big deal to me, I see all people the same, I give to charities’ but the minute she sees as black man who she does not respect, or who she has a slight thought against, she weaponized race like she had been taught by the Aryan Nation,” Jones said. “A Klan member could not have been better trained to pick up her phone and tell the police it’s a black man.”

The CNN political commentator said “even the most liberal, well-intentioned white person" has a racist “virus” in their brain that can be “activated” at any moment.

“What you’re seeing now is a curtain falling away,” Jones said. “Those of us who have been burdened by this every minute, every second of our entire lives are fragile right now... we are tired.”

Jones was referring to Amy Cooper -- the white woman the Internet has nicknamed “Central Park Karen” -- who called police earlier this week to report she was being threatened by “an African-American man.”

The verbal dispute between Cooper, who has been fired from her job at investment firm Franklin Templeton, and a black man who was bird watching in Central Park might normally have gone unnoticed in a city preoccupied by the coronavirus pandemic.

That changed when birdwatcher Christian Cooper pulled out his phone and captured Amy Cooper, of no relation, calling police to report she was being threatened by “an African-American man.” The widely watched video — posted on Facebook by Christian Cooper and on Twitter by his sister — has sparked accusations of racism.

Amy Cooper released an apology through a public relations service Tuesday night, saying she “reacted emotionally and made false assumptions about his intentions.” The New York City Commission on Human Rights is currently investigating her.