Toobin was ultimately fired by the New Yorker following an investigation, but his status at CNN remains a mystery.

At the time, CNN issued a statement saying, "Jeff Toobin has asked for some time off while he deals with a personal issue, which we have granted."

However, the fact that Toobin hasn't formally been axed is fueling speculation of an eventual return to the network.

Last fall, CNN insiders predicted that Toobin would "probably" come back, telling Fox News he's "one of the biggest faces on the network" and "too valuable of a commodity" to let go. 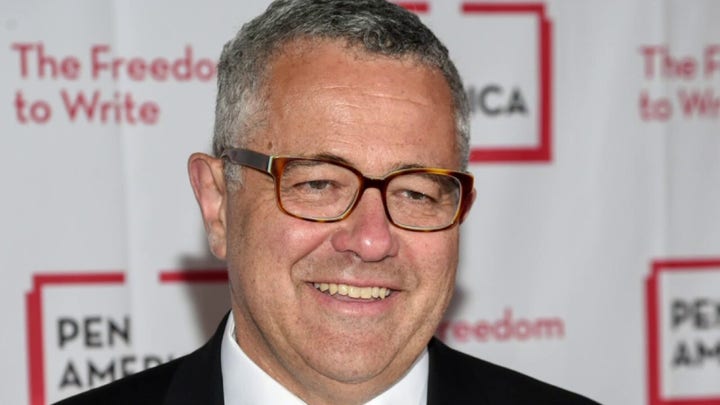 The CNN star does have a history of disturbing sexual behavior. A 2010 Gawker report outlined rumors about Toobin's aggressive actions towards women outside of his marriage. In addition, Toobin fathered a child in 2009 with Casey Greenfield, the daughter of Toobin's one-time CNN colleague Jeff Greenfield.

Toobin urged Greenfield to have an abortion and was later taken to court after he denied the child was his. Toobin was forced to take a DNA test which proved that he was the child's biological father and was ordered to pay child support.

He joined CNN in 2002 and has been a staple ever since. He was a regular on-air presence in the Trump era, providing commentary during the Russia investigation, the president's impeachment, and the confirmation of three Supreme Court justices, all while bolstering CNN's well-known anti-Trump coverage.

That being said, a lot has happened during his absence that CNN could have relied on his legal expertise, including the network's coverage of the Trump campaign's various court challenges to the 2020 presidential election results, the second impeachment of the former president, and the murder trial of ex-Minneapolis police officer Derek Chauvin.

One major accomplishment Toobin has had in recent months was his surprise performance in this year's "Liberal Hack Tournament," where he reached the Sweet 16 despite being a No. 16 seed in the viral NCAA-style contest.