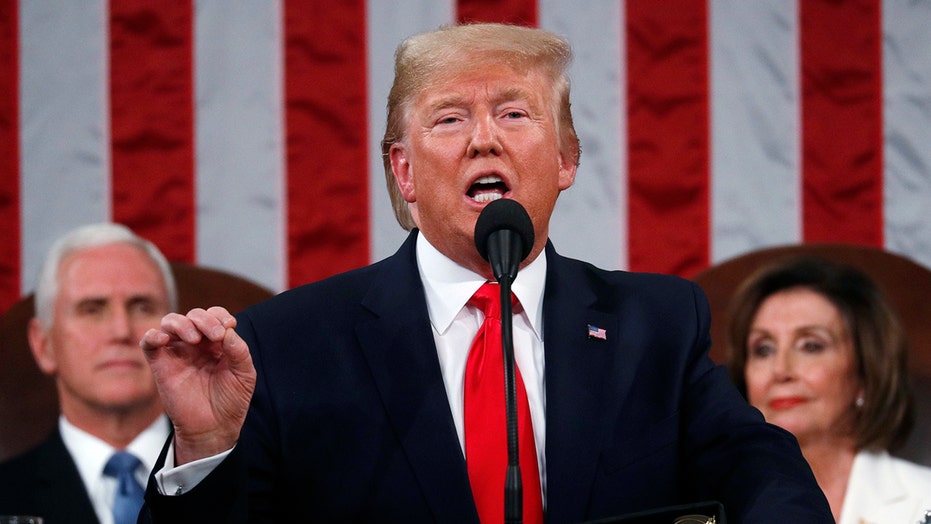 President Trump: The state of our union is stronger than ever before

CNN reported on Tuesday that among the people who watched President Trump's State of the Union address, the vast majority (76 percent) had a "positive" or "very positive reaction."

CNN political director David Chalian warned, however, that the results might be skewed or unrepresentative since Trump supporters were more likely to watch the speech than others.

reactions to his SOTU addresses in those years

RASHIDA TLAIB ON WALKING OUT OF SOTU: 'EVEN THE MENTION OF BRETT KAVANAUGH FOR ME IS A TRIGGER'

Trump's State of the Union address featured a long list of guests and prompted several standing ovations for progress done under his administration. But it came at a time of deep polarization as the Senate prepared to vote the following day on whether or not to remove him from office.

House Speaker Nancy Pelosi, D-Calif., who led the charge for impeachment, balked at Trump's speech on Tuesday -- literally tearing a paper copy in half after the president stopped speaking.

Other Democrats either refused to attend the ceremony or walked out as it was taking place. Although Trump called for bipartisan cooperation, CNN's polling showed speech watchers doubting that would happen.