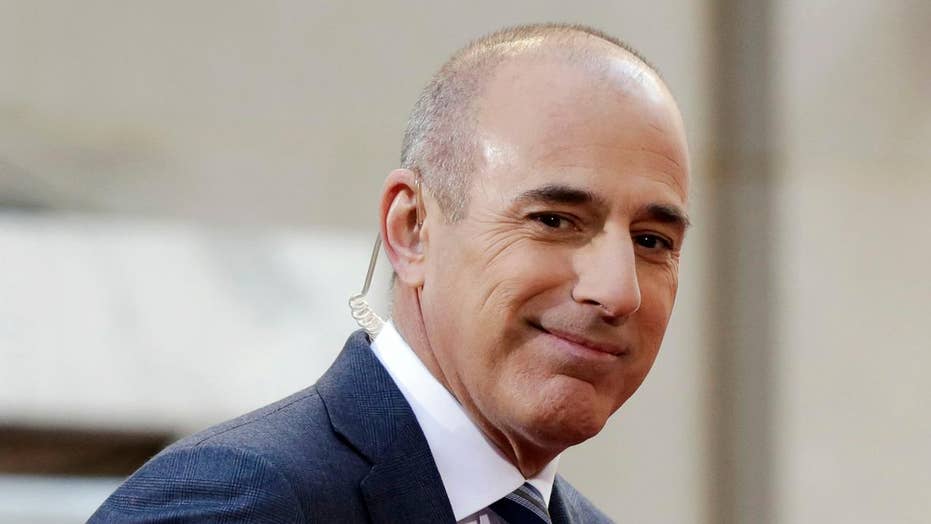 Embattled NBC News president Noah Oppenheim was peppered with questions on Thursday during a heated exchange with Peacock Network staffers who are concerned about the way rape allegations against Matt Lauer were handled.

The fiery conversation that occurred during the morning editorial meeting didn’t go so well for Oppenheim, according to multiple sources.

“Noah sat there and lied to our faces again. He wants credit for taking our questions but is still dodging. I feel like he’s gaslighting us,” an NBC source told Fox News.

NBC News chairman Andy Lack was nowhere to be seen at the meeting and Oppenheim told staffers he hadn’t seen his boss yet on Thursday.

“They’re throwing each other under the bus,” another insider told Fox News. “It’s hilarious.”

Variety published details of Ronan Farrow’s upcoming book, “Catch and Kill,” on Wednesday that included new rape claims against the disgraced former “Today” anchor by the woman who blew the whistle on Lauer’s sexual misconduct.

Lauer denied the graphic rape claim in a strongly worded letter that his lawyer provided to Fox News, saying the affair was consensual, not an assault. Oppenheim encouraged NBC News staffers to speak up if they had questions about the ongoing scandal during Thursday’s meeting.

According to an NBC insider, Oppenheim was asked, “Did she use the word assault when she reported it?”

The insider said Oppenheim replied that NBC execs believe she has the right to privacy when it comes to the sensitive subject. But the alleged victim, Brooke Nevils, has publically told her side of the story and spoke on-the-record to Farrow.

The room erupted with laughter as someone fired back, “Ummm, pretty sure she waived that right,” according to the insider.

Farrow’s book is also expected to explain why NBC News refused to expose Harvey Weinstein as a sexual predator – and NBC employees have been eager to know what else is in the tell-all. Oppenheim and Lack have been defiant, denying all wrongdoing when it comes to spiking the Weinstein story and claiming they had no knowledge of Lauer’s misconduct.