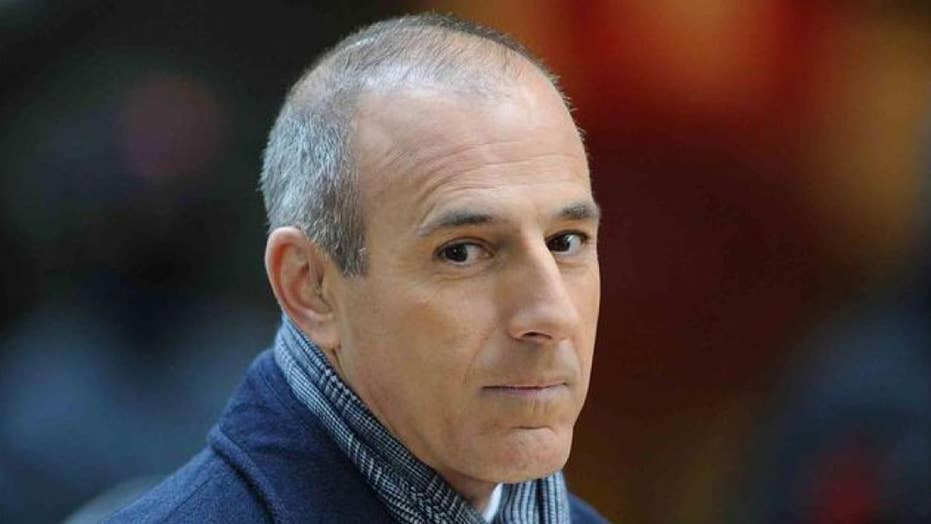 Ronan Farrow’s upcoming “Catch and Kill” created a mountain of headlines on Wednesday as details from the book started to emerge, but anyone who relied on CNN or MSNBC primetime programming for information would be completely in the dark.

Farrow has been extremely tight-lipped about the highly anticipated book, so the media industry was all ears when Variety, The Hollywood Reporter and The New York Post revealed news-making excerpts.

“Anderson Cooper 360,” “Cuomo Prime Time,” “CNN Tonight” and “White House in Crisis” failed to mention Lauer, Farrow and Weinstein, according to a review of transcripts by Fox News. ((Reuters))

Allegations included everything from a heavily-disputed claim that former “Today” host Matt Lauer anally raped an NBC News colleague during the 2014 Olympics in Sochi to a report that a Hillary Clinton aide tipped off Harvey Weinstein that Farrow was attempting to expose him as a sexual predator.

NBC’s cable news sister, MSNBC, ignored the story during primetime. “All in with Chris Hayes,” “The Rachel Maddow Show,” “The Last Word with Lawrence O’Donnell” and “The 11th Hour with Brian Williams” failed to even mention Farrow, Lauer or Weinstein, according to a review of transcripts by Fox News.

An MSNBC spokesperson directed a request for comment to NBC News’ senior vice president of communication, who did not immediately respond.

MSNBC skipping the story shouldn’t shock media watchdogs, as Farrow reportedly believes that he is blacklisted from his former organization, and NBC News chairman Andy Lack is a target of his reporting. But fellow liberal cable news CNN also ignored the story during primetime.

“Anderson Cooper 360,” “Cuomo Prime Time,” “CNN Tonight” and “White House in Crisis” failed to mention Lauer, Farrow and Weinstein, according to a review of transcripts by Fox News.

CNN Worldwide President Jeff Zucker was the executive producer of “Today” when Lauer was hired in 1994 and eventually ascended to President of NBC Entertainment. He has denied knowledge of Lauer’s sexual misconduct.

While it can easily be argued that Wednesday was a busy news day, both ABC’s “World News Tonight” and “CBS Evening News” managed to find time to cover the Lauer news.

NBC News, to its credit, didn’t avoid the scandal like CNN and MSNBC’s primetime lineup did. “Nightly News” and “Today” both covered the allegations against the former Peacock Network star.