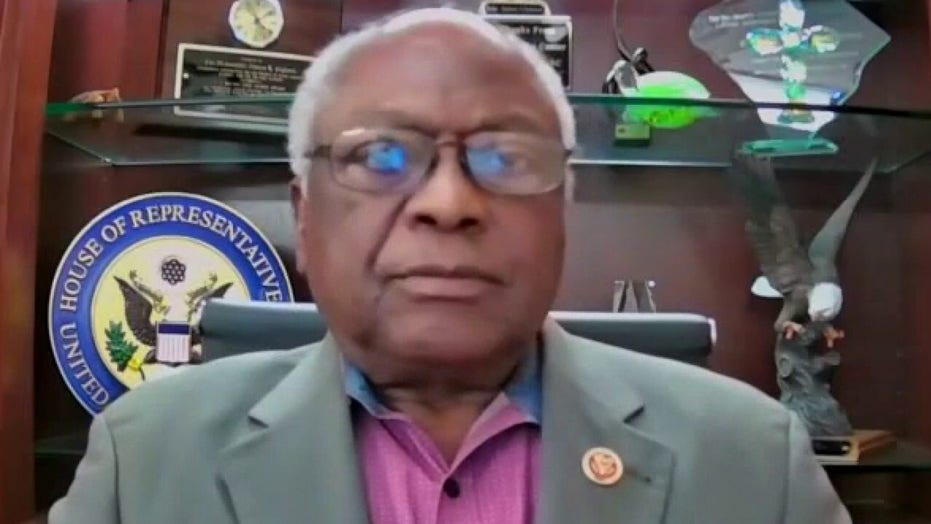 "I think that what we've got to do is attack this culture that all of us know exists," Clyburn told host Bret Baier. "This is institutional. It was built upon two pillars that we seem not to want to deal with. One being, white people came to this country of their own free will ... in search of freedom, running away from tyranny.

"The experiences of black people who came here against their will -- chained, shackled and enslaved. And these two divergent pillars .. the institutions ... in this country were based upon them. Health care delivery, education, law enforcement, all built upon them ..."

"What we've got to do," Clyburn added, "is stop trying to put a Band-Aid on this problem and attack the institution that is perpetuating this culture."

According to the White House, Trump's order touches on use of force best practices, information sharing to track officers who have repeated complaints against them and federal incentives for police departments to deploy non-police experts on issues like mental health, homelessness and addiction.

Host Bret Baier then asked Clyburn to respond to a clip of Sen. Tim Scott., R-S.C., in which Scott praised the Trump administrations record on African-American issues.

"None of that's true," said Clyburn, who went on to claim that "[Rep.] Cedric Richmond [D-La.] wrote much more" of the First Step Act "than the president ever read.

"So, I know how that deal got done," Clyburn added. "[Rep.] Hakeem Jeffries [D-N.Y.] wrote that bill. These guys are working on stuff in that bill for I don't know how many years ... His son-in-law [Jared Kushner] came up and worked with people to get the bill done and the president signed it."

"Absolutely not," retorted Clyburn. "I'm not because he doesn't deserve it."