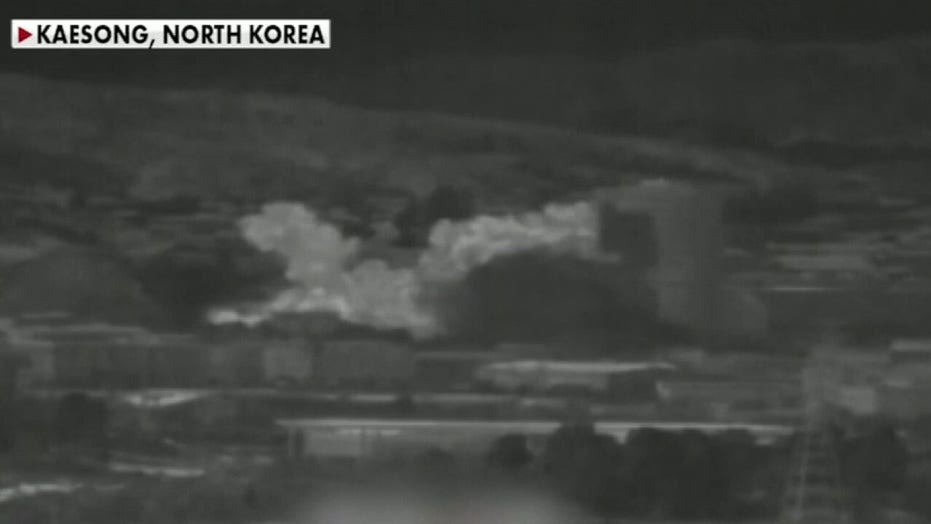 "Fox News Sunday" anchor Chris Wallace told "Your World" Tuesday that negotiations between the U.S. and North Korea over the status of the totalitarian regime's nuclear program "seem to have basically collapsed."

Earlier Tuesday, North Korea's military demolished an inter-Korean liason office in the border town of Kaesong. Pyongyang's KCNA propaganda agency reported that the destruction followed a severing of communication between the two countries.

"The larger issue," Wallace told host Neil Cavuto, "is that it just seems that for all of the talk about denuclearization, the U.S. and North Korea have very different understandings about what that was."

President Trump and North Korean dictator Kim Jong Un have held three summit meetings on the topic of denuclearization. The first took place in Singapore in 2018, the second took place in Vietnam last year, with the third taking place a few months later at the Korean demilitarized zone alongside South Korean president Moon Jae In.