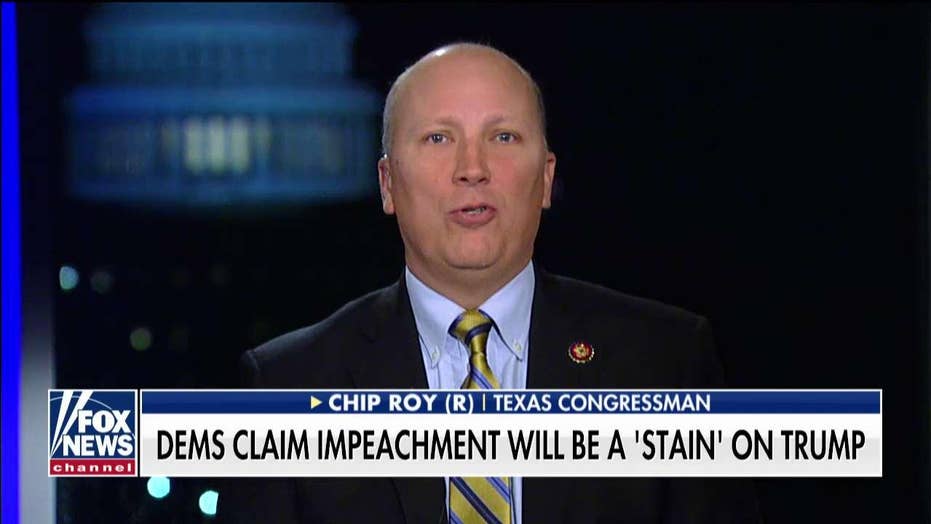 Rep. Chip Roy: The real asterisk is on impeachment is over the Democratic Party

Texas Republican Rep. Chip Roy told 'Fox &amp; Friends' that the scarlet letter Nancy Pelosi 'so desperately wanted to tag to President Trump that is going to be tagged to her and to Democrats' after the impeachment trial.

While House Speaker Nancy Pelosi, D-Calif., continues to insist President Trump will remain impeached "forever" despite his acquittal at his Senate trial, Republicans could attempt to erase impeachment from the president's record if they take back control of the House in November, Rep. Chip Roy, R-Texas, said Friday.

Appearing on "Fox & Friends" with host Steve Doocy, Roy said that the "irony" in the conclusion of Trump's impeachment case is that the American people are "almost certainly" going to give control of the House of Representatives back to Republicans because the Democrats have been "tilting at windmills and wasting the time of the American people."

STEVE SCALISE: 'PEOPLE OUGHT TO GO TO JAIL' OVER ORIGINS OF RUSSIA PROBE AFTER FAILED IMPEACHMENT

Roy said that when Republicans are "back in charge," they could introduce a resolution that would seek to expunge the impeachment.

"We can send a loud message when we come back in [that] this was a political partisan effort and then get busy," he said. "We can do that the first day and then get busy doing the job [the] American people want us to do: fight to get health care prices down and secure the border and the stuff they talk about."

Fellow Texas Republican Rep. Louie Gohmert told The New York Post “there is precedent" for such an action, pointing to the House voting in 1837 to expunge a censure of President Andrew Jackson.

“The precedent is there and I think ultimately with the things that are going to be coming out in the months ahead, it will be all the more appropriate. More and more people will see that,” Gohmert said. “So then I think by next year it will be an appropriate thing to file and do.” 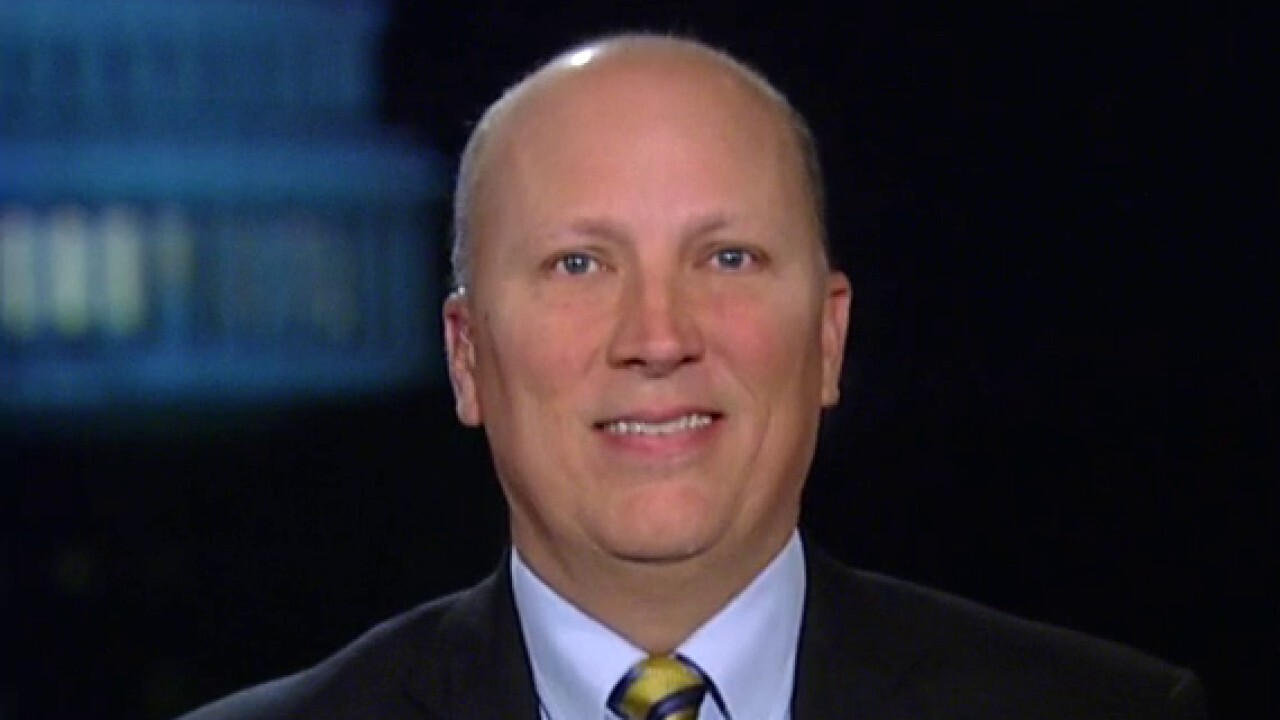 Congressman Roy said that the supposed "permanent asterisk" Senate Minority Leader Chuck Schumer, D-N.Y., said would be written next to the president's name in indelible ink would be the one hanging over the heads of Democrats instead. The real stain on history, he said, is on the Democratic Party.

"I think the scarlet letter that Speaker Pelosi so desperately wanted to tag to President Trump that is going to be tagged to her and to Democrats who really failed to do the work of the American people and instead were so caught up in hatred of the president that they were wasting the time of the American people instead of doing the work that they sent us here to do," he explained.