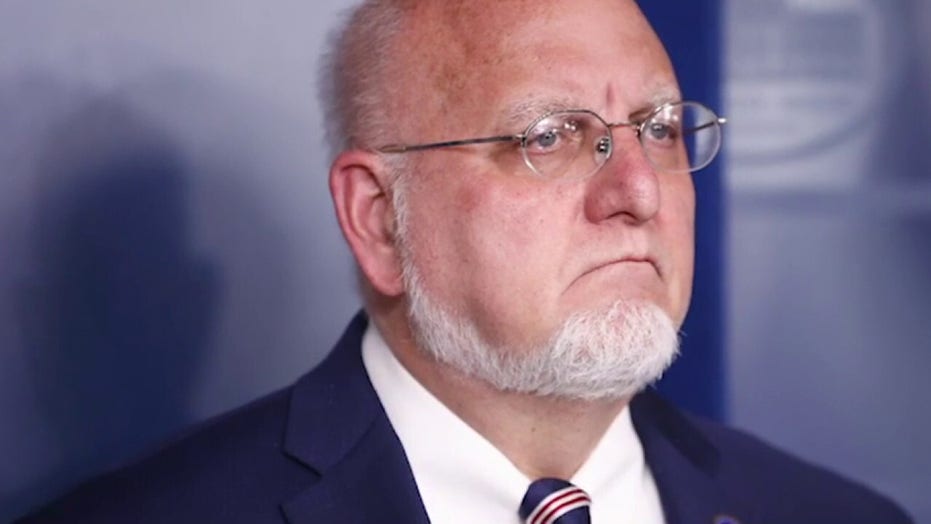 CDC director clarifies comments on coronavirus returning in the fall

The White House pushes back on reporting of what Dr. Robert Redfield told The Washington Post about the virus returning later in the year; John Roberts reports.

It was a moment that seemed to crystallize the increasingly contentious relationship between President Trump, his medical experts and the press.

There’s an underlying tension, of course, between a leader who has to weigh economic pressures, public sentiment and plain old politics, and scientists whose job is strictly limited to health risks.

But a Washington Post interview with the director of the Centers for Disease Control and Prevention produced a television flash point.

The Post’s headline was certainly dramatic: “CDC Director Warns Second Wave of Coronavirus Is Likely To Be Even More Devastating.”

VIRUS VERTIGO SPINS THE NEWS, PUSHING OUT ALMOST EVERYTHING ELSE

And these were the comments of Robert Redfield:

“There’s a possibility that the assault of the virus on our nation next winter will actually be even more difficult than the one we just went through...We’re going to have the flu epidemic and the coronavirus epidemic at the same time.”

And as the paper explained, “Having two simultaneous respiratory outbreaks would put unimaginable strain on the health-care system, he said.”

To a president who often accuses the press of making up anonymous sources, this was fake news. Trump was so disturbed that he trotted out Redfield at the top of Wednesday night’s White House briefing.

Put on the spot by the boss, Redfield played the out-of-context card: “I didn’t say that this was going to be worse. I said it was going to be more difficult and potentially complicated because we’ll have flu and coronavirus circulating at the same time.” Which is basically what the Post quoted him as saying.

A reporter asked whether he was quoted accurately.

“I'm accurately quoted in the Washington Post as ‘difficult.’” the doctor replied. “But the headline was inappropriate.”

So Trump was wrong. Redfield wasn’t misquoted. In fact, he was sufficiently pleased by the article that he posted it on Twitter.

Did the headline go too far? “Devastating” does seem a bit hyped. And obviously the headline didn’t have space to explain the double whammy of Covid-19 and flu. So the president can complain about a bad headline, but that’s hardly the same as saying a member of your team was wrongly quoted.

At the same presser, Anthony Fauci said “we will have coronavirus in the fall. I am convinced of that,” and “what happens with that will depend on how we’re able to contain it when it occurs.” That contrasted with Trump saying “it may not come back at all.”

What fueled the media narrative that the president is punishing scientists who disagree with him was a scathing statement by Rick Bright, who was removed from his job leading the effort to find a vaccine and placed in a lesser role.

Bright says he was ousted because he refused to back hydroxychloroquine, the malaria drug that Trump had touted as a possible treatment for the virus, though that talk has faded after early tests showed it had no impact and actually increased the number of deaths.

“I believe this transfer was in response to my insistence that the government invest the billions of dollars allocated by Congress to address the Covid-19 pandemic into safe and scientifically vetted solutions, and not in drugs, vaccines and other technologies that lack scientific merit,” Bright said. “I am speaking out because to combat this deadly virus, science — not politics or cronyism — has to lead the way.” Tough stuff for a bureaucrat.

Trump told reporters he’d never heard of Bright and that if he says he was pushed out, “maybe he was, maybe he wasn’t.”

Still, Trump had a surprise for critics who maintain his handling of the virus has been entirely political.

The president said he told Georgia Gov. Brian Kemp, a political ally, that “I strongly disagree with his decision” to reopen many of the state’s businesses this week. The Republican governor, who was elected largely because of Trump’s support, has faced a storm of criticism for including gyms, bowling alleys, hair and nail salons and tattoo parlors. And that violates the administration’s “phase one” guidelines.

A CNN piece says Trump threw Kemp under the bus and regards loyalty as a one-way street.

But the press might consider this possibility: that Trump genuinely believes that his political pal is risking too many lives by rushing to reopen the state and wanted to send that signal in no uncertain terms.