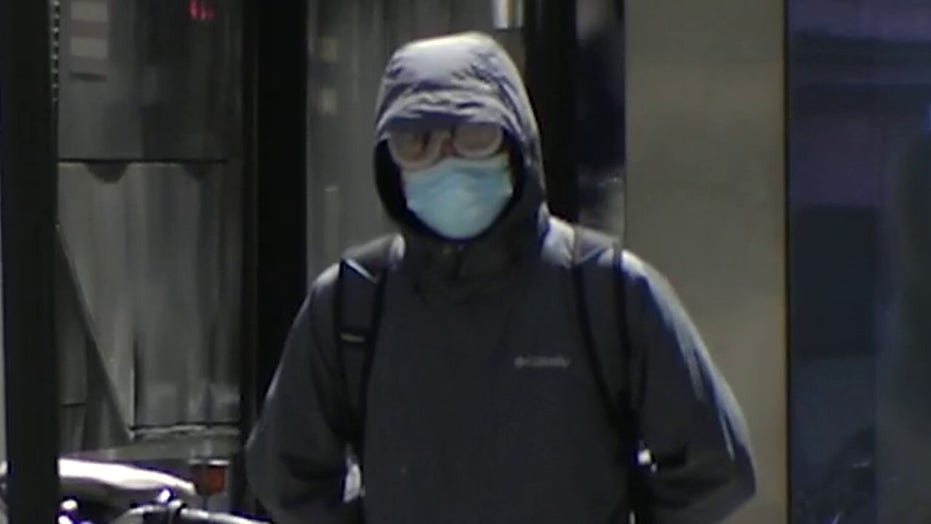 If a person has COVID-19 antibodies can they be immune yet still be a carrier?

Discussing antibody testing, Dr. James Cutrell, infectious disease specialist, answers if a person can have protective immunity and how long it will last

The Michelle Obama non-story is a perfect example of things we used to care about.

It’s a BS piece of clickbait, to be sure. The former first lady has insisted she will never run for office, but Politico and others ran pieces on how Democrats are fantasizing about her becoming Joe Biden’s running mate and Al Sharpton is praying for it. Even the former veep played along about his veep pick, telling radio station KDKA that “I’d take her in a second” -- while acknowledging that it won’t happen.

A few months ago, this might have been the hot cable topic for a few days, reminiscent of the fictional Oprah-for-president boomlet once amplified by the press.

But these days we all spend most of our time talking, writing, thinking and worrying about the coronavirus. Virtually everything else is marginalized or obliterated. And with most of the country on lockdown, that’s understandable.

In fact, the presidential campaign itself -- devoid of speeches, rallies and rope lines -- seems a faint echo from a distant planet.

None of Biden’s remote interviews, statements or generally dull social media postings appear to break through the static -- not in this environment.

Remember when the media were all about, to use President Trump’s phrase, Russia Russia Russia? Well, the Republican-controlled Senate Intelligence Committee just issued a bipartisan report confirming the U.S. intel findings that Moscow interfered in the election to help Trump, with some of the effort personally directed by Vladimir Putin. This was dutifully mentioned in an “in other news” way, but almost like a historical footnote.

Other things we used to care about:

Prowling the aisles of department stores. Now, with most of them shut down, there are reports that many are facing bankruptcy and won’t survive once the lockdowns are lifted. Meanwhile, Amazon is so overwhelmed that deliveries are delayed, it’s trying to tamp down demand and Jeff Bezos can’t hire enough workers.

Having popcorn at the movies. With most theaters shut down, Netflix added 16 million subscribers for the first three months of the year, more than double what the company was expecting. How many of those couch potatoes will venture back to the big screens once they’re back in business?

Watching sports on TV. Well, we still care about that, but just when the baseball season would be getting underway and the NBA and NHL heading toward the playoffs, they’ve all gone dark. When ESPN aired the first parts of a 10-episode documentary on Michael Jordan’s sixth championship in eight years, it shattered the network’s record, drawing over 6 million viewers.

On the flip side, virtually everything about the virus makes news -- from “This Is What Air Travel Could Look Like in a Post-Coronavirus World” to “How Coronavirus Made Us All Very Handy.”

The more serious stories tend to lead the news--such as Trump tweeting that he’ll freeze legal immigration so Americans will be first in line for jobs as the economy reopens. By that night the president had retreated a bit under pressure from business groups, halting only green card applications for 60 days but leaving visas for guest workers untouched.

In fact, anything with the name Trump puts virus news on steroids. The New York Times reports the Trump Organization wants a break on the rent for its Washington hotel, which it leases from the feds, because the travel industry has been decimated. But son Eric Trump says they just want the exact same treatment as other federal tenants.

And then there are the outrages du jour. Harvard is getting a black eye for accepting $8.6 million in federal bailout funds, even as it’s sitting on a $40-billion private endowment. Trump wants the university to repay the money. Harvard says it’s all going to student financial aid, but the optics are awful.

Maybe we’ll go back to caring about the things we once did when the country finally emerges from this nightmare. But right now that seems a long way off.

With some newspapers shutting down, slashing print editions and laying off staffers, the local news business is being crippled by the coronavirus.

But a group called Report for America is announcing today that it’s paying to send 225 journalists into newsrooms in 45 states.

The latest round, which more than quadruples the number of participating journalists, is being financed with a $2.5 million grant from Facebook. Steven Waldman, co-founder of Report for America, said in a statement that “the need for trustworthy, accurate, and local information can be a matter of life and death.”

The organization is boasting of the diversity of those it is sending to 166 news organizations, which range from the Baltimore Sun and Detroit Free Press to smaller papers and public radio stations. Forty percent are journalists of color, more than a quarter speak Spanish, and more than three-quarters are women.

The hires were made from 1,800 applicants, and include some people with non-journalistic backgrounds, experiences, including: a Stanford computer scientist, the Air Force Academy’s educator of the year, an Israeli military intelligence officer and a Peace Corps volunteer in Rwanda.

Many, of course, will cover the coronavirus.

Fox Corp. CEO Lachlan Murdoch announced Wednesday that he, his father Rupert Murdoch, and three other executives will forego their salaries through Sept. 30 in an effort to offset a significant downturn in revenue because of the coronavirus.

Others on the executive team will take a 50 percent pay cut during the same period, Murdoch said in a company-wide email. And those at the vice president level and above will have their pay trimmed 15 percent for three months.

He described these cutbacks, affecting about 700 people, as part of an effort “to protect our full-time colleagues with salary and benefit continuation during the period we are most affected by the crisis."