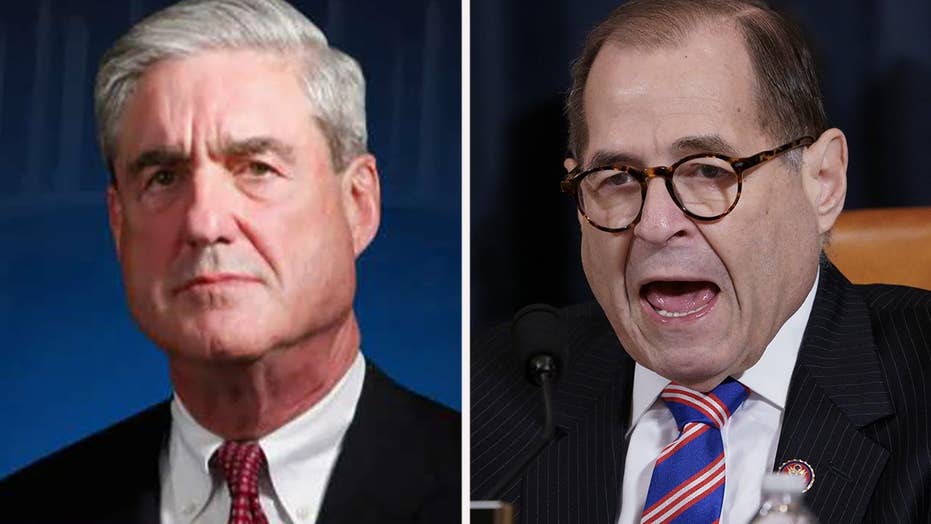 Can the Mueller report resurface in the articles of impeachment?

Reaction and analysis from John Malcolm, vice president for the Institute for Constitutional Government.

“Phil and I, my co-author, we are not medical professionals, but over and over again ... we heard from people who are very close to Bob Mueller, who found him a different person, a changed person, after two years of this investigation," she told CNN anchor John Berman.

Leonnig's interview came after she and fellow Post reporter Philip Rucker co-authored a book -- "A Very Stable Genius -- on the turmoil inside the White House.

"They don’t know what that’s about,” Leonnig said of Mueller's change.

She added that "they know that something happened, he’s a different person, he was stumbling over his words, saw him in July in his testimony before Congress, there are people that I spoke to who are very very good family friends of his who said ‘I couldn’t watch the television anymore, I had to turn it off. It wasn’t the Bob I knew.'"

Mueller spent two years working on the high-profile investigation amid overwhelming media coverage and criticism from Republicans. When he finally released his report in 2019, media figures and Democrats scrutinized his statements. He eventually testified before Congress where some speculated he had trouble expressing himself.

Leonnig told Berman that some of Mueller's associates had more details about his apparent transformation but weren't revealing that information.

“Many of our sources felt very strongly that Bob Mueller was playing a 1950s Boy Scout game," Leonnig said of the former top prosecutor.

"He was being an honorable icon and standard-bearer of the Department of Justice, whereas Bill Barr was playing in Trump’s 2000s and he was messaging this very well, and he was the first person to get out the message, 'Donald Trump’s been exonerated.'”