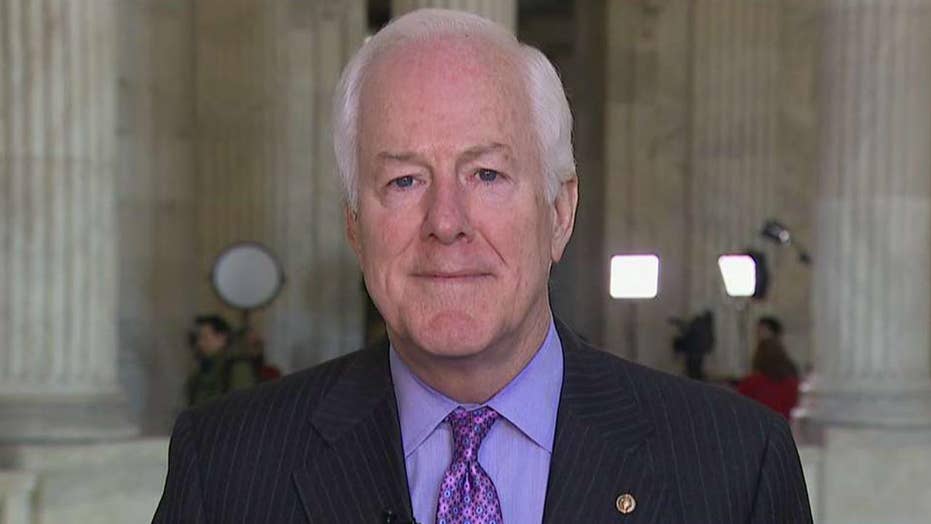 Cornyn on demand for impeachment trial witnesses: We really don't know how this will play out

Sen. John Cornyn, R-Texas, said Tuesday that the demands for new impeachment evidence and witnesses by Senate Democrats show they are “worried” about meeting the “threshold necessary to convict President Trump.”

“It sounds to me they're in a state of panic,” the member of the Senate Judiciary Committee told “America’s Newsroom,” making a point that Democrats are confronting the fact that their case is failing to meet the standard of a high crime or misdemeanor.

Cornyn went on to say, “[Democrats] realize that what they did through the partisan impeachment inquiry that was rushed in order to meet the Christmas deadline by Nancy Pelosi is not up to the standard necessary to convict and remove a president of the United States.”

Chief Justice John Roberts will make his way to the Senate, as impeachment trial proceedings are scheduled to begin Tuesday afternoon. 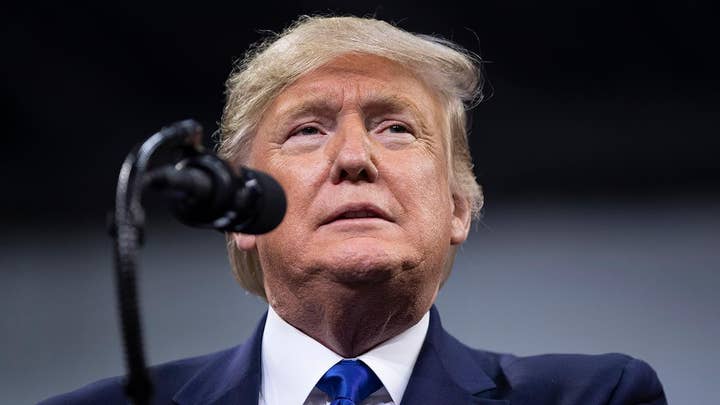 Roberts' main role in the impeachment trial is to issue any rulings on procedure raised by senators, the House impeachment managers or the president's counsel. But while he could decide on evidentiary questions or objections, the chief justice could choose to have senators instead vote on those matters. Or the lawmakers could override any Roberts rulings with a majority vote.

A key issue that is expected to come up during the trial is whether to allow witnesses to be called after each side presents arguments on the Senate floor.

The chief's main power may be in breaking any tie votes. Chief Justice Salmon P. Chase made two such votes during the impeachment trial of President Andrew Johnson.

Any questions the senators have would also be read aloud by Roberts, as the senators are not allowed to speak while the trial is in session.