A California doctor and his patient are seeing the effects of a possible breakthrough coronavirus treatment using plasma, which they decided to try after several other options had failed.

Appearing on "Fox & Friends" with host Brian Kilmeade, St. Joseph Hospital Director Dr. Timothy Byun said Friday that they had tried drugs like hydroxychloroquine, azithromycin, and tocilizumab without seeing any improvements in the patient's condition. 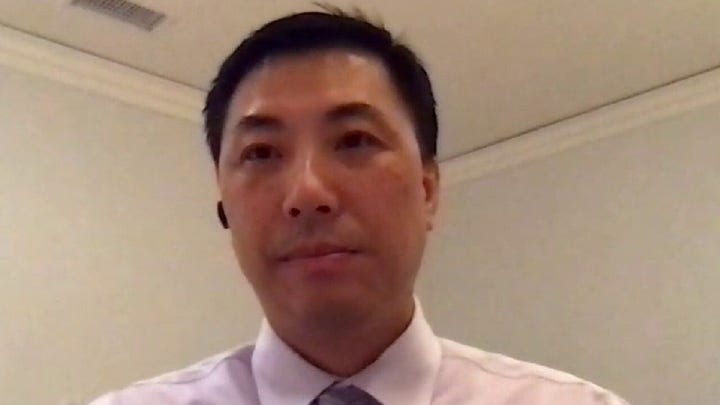 "So, I mean, we really had very little options to consider. We happened to find a plasma from a recovered person who was willing to donate," he explained. "So, that's how it all started."

Byun said that his COVID-19 patient has made improvements in a couple of respects since starting on the plasma two days ago.

"He has gotten a little bit healthier in terms of his oxygenation setting. He was able to get off the vasopressor medication to increase the blood pressure. He was able to stop that," he remarked. "But, it's really too early to tell whether this treatment has been working."

Byun told Kilmeade that there is some evidence to suggest that his plasma approach would work based on history dating back to the 1918 Spanish flu pandemic, but admitted he didn't know if it would work with this virus.

"We are measuring his clinical parameters which would include blood pressure, his organ functions, hydrology, his ventilator settings," Byun stated further. "We are also following laboratory parameters such as inflammatory biomarkers to see inflammation in his body is subsiding."

"We don't have a whole lot of data [showing] whether it's going to work in this particular virus," Byun concluded. "Most recently, Chinese doctors have reported increasing outcomes in a small group of patients. And, others in this country -- we're not the first one but Houston Methodist Hospital as well as a couple of other hospitals in New York [have] tried this."