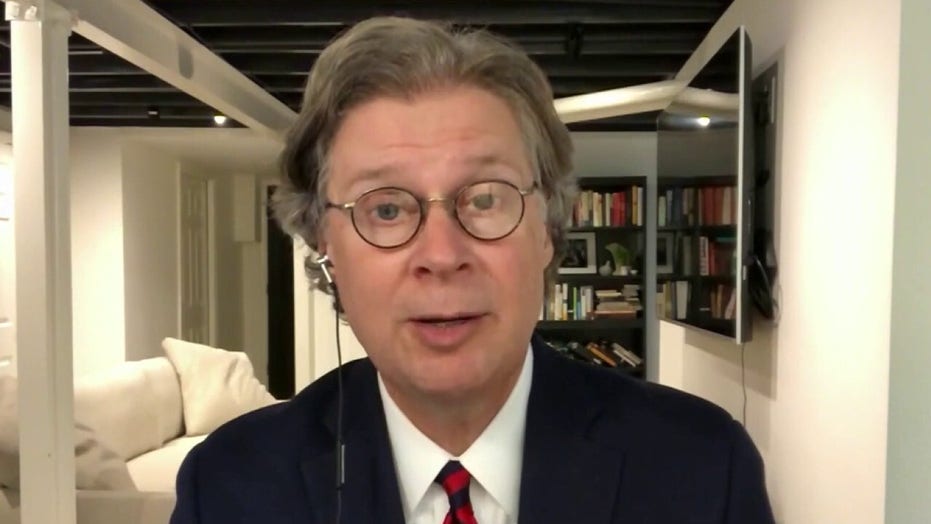 Byron York on Trump’s Tulsa rally: ‘Better if it was held outside’

Fox News contributor and columnist for the Washington Examiner Byron York reacts to Trump holding his first campaign rally since the start of the coronavirus shutdown on ‘America’s Newsroom.’

“I tweeted about this a while back, when we started to see these really big protests," York explained on "America's Newsroom." "I said, 'It’s time for the president to start resuming rallies. He ought to have one outside. He ought to have a lot of masks available for people who want them.'"

Trump's rally will take place at the BOK Center, a 19,000-seat arena in Tulsa. The arena will not host another event until the end of July, at the earliest.

“Outdoors would be better,” York repeated.

Tulsa Mayor G.T. Bynum, a Republican, declared a civil emergency Thursday and announced a curfew for the neighborhood around the arena that will be in effect until 6 a.m. Saturday, and then take effect again from the end of the rally until 6 a.m. Sunday.

“I have received information from the Tulsa Police Department and other law enforcement agencies that shows that individuals from organized groups who have been involved in destructive and violent behavior in other States are planning to travel to the city of Tulsa for purposes of causing unrest in and around the rally,” Bynum wrote in his executive order announcing the curfew.

Arena management has also asked the Trump campaign for a written plan outlining how it will incorporate social distancing and other "health and safety" steps. Campaign officials had already pledged to provide rally attendees with masks and hand sanitzers and check each person's temperature at the door.

But Republican National Committee Chairwoman Ronna McDaniel told Fox News she believed masks would be optional and there has been no apparent social distancing plan for the indoor event.

York noted that the rally and its aftermath will receive an “enormous amount of attention” from the media.

“There will be stories suggesting that x amount of coronavirus was spread as a result of this rally, so we'll know what happens," he said. "It’ll be interesting to see how much mask wearing there is. I thought that was important for [campaign manager] Brad Parscale to say he was wearing a mask."