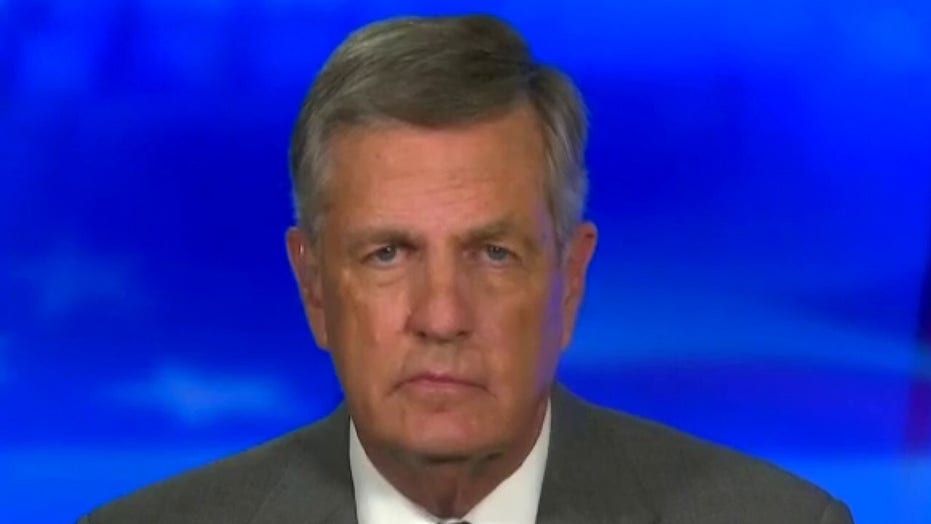 Fox News senior political analyst Brit Hume told "Tucker Carlson Tonight" Tuesday that a series of slip-ups by former Vice President Joe Biden during his campaign for the Democratic nomination suggest that the 77-year-old former senator, "like so many people his age, is losing his memory and is getting senile."

"I don't think there's any doubt about this," Hume said. "I have traces of this myself. I know what it feels like. Sometimes you're confused, sometimes you can't remember, 'What are you supposed to do the next morning?' -- and I'm not running for president and it's probably a good thing I'm not."

Hume added that Biden's recent performance on the campaign trail is different from his long history of gaffes: "If you've known him long enough, you kind of get used to that and you think they're kind of funny and they're just part of who he is and they're kind of harmless ...

FLASHBACK: BIDEN SAYS HE WAS VP AT TIME OF PARKLAND SHOOTING IN LATEST CAMPAIGN GAFFE

"More recently, however, he's begun to forget things," Hume added. "He didn't know what state he's in, he couldn't remember where he was when he met the Parkland [Florida] students, when he said he was in the White House."

Hume also commented on the now-viral confrontation between Biden and a Michigan auto plant worker over the Second Amendment Tuesday, saying that also showed a different, more troubling side of the Democratic frontrunner.

"I’ve known him a long time, and he can sometimes work himself up into kind of a passion in speeches and so on when he was arguing about issues and so on in a debate," Hume said. "But I don’t remember him exploding at voters like he did in this incident today, and hurling profanity the way he did, telling the guy he was ‘full of spit,’ except he didn’t say ‘spit’. That’s something new."

Hume warned that Democratic voters and officials distracted by the effort to prevent Sen. Bernie Sanders, I-Vt., from gaining the nomination may have overlooked Biden's difficulties up until now, but will find them impossible to ignore soon.

"I think that over time, the danger for him [Biden] and for his party is that he may say something that’s so outlandish and so suggestive that his cognitive faculties have failed him, that Democratic voters are going to say, ‘Oh, my Lord, what have we got here?’" Hume said, adding: "... Under the pressures of a campaign, who knows what will happen?"