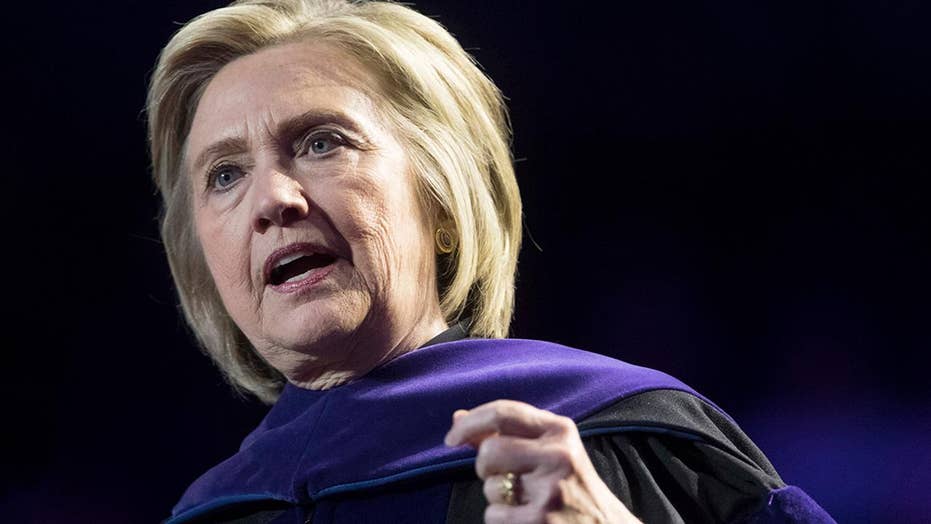 Brian Kilmeade weighs in on how Hillary Clinton entering the race would shape the 2020 Democratic primary field.

Hillary Clinton is back making headlines amid a feud with 2020 Democratic hopeful Tulsi Gabbard, and as rumors of her late entry into the presidential election make the rounds. To Fox News' Brian Kilmeade, all this suggests the losing 2016 White House hopeful hasn't moved on from her defeat.

During the show, Perino played comments Clinton made on a podcast with former President Barack Obama aide David Plouffe, in which she predicted the outcome of the 2020 election.

On "Daily Briefing," Kilmeade responded: “I just think that the more she talks, the more she says things like that, the more she marginalizes herself and makes people glad that they didn’t vote for her."

Furthermore, Clinton floated a conspiracy theory that the Russians are “grooming” Hawaii congresswoman and Democratic presidential candidate Gabbard to be a third-party candidate in 2020, while claiming the 2016 Green Party nominee Jill Stein is "also" a Russian asset.

Appearing on Plouffe’s “Campaign HQ” podcast, Clinton did not mention Gabbard by name, though Plouffe ended the podcast by noting Clinton’s “belief that Tulsi Gabbard is going to be a third-party candidate propped up by Trump and the Russians.

“How you lose defines who you are, and it really reflects poorly on her,” Kilmeade said of Clinton.