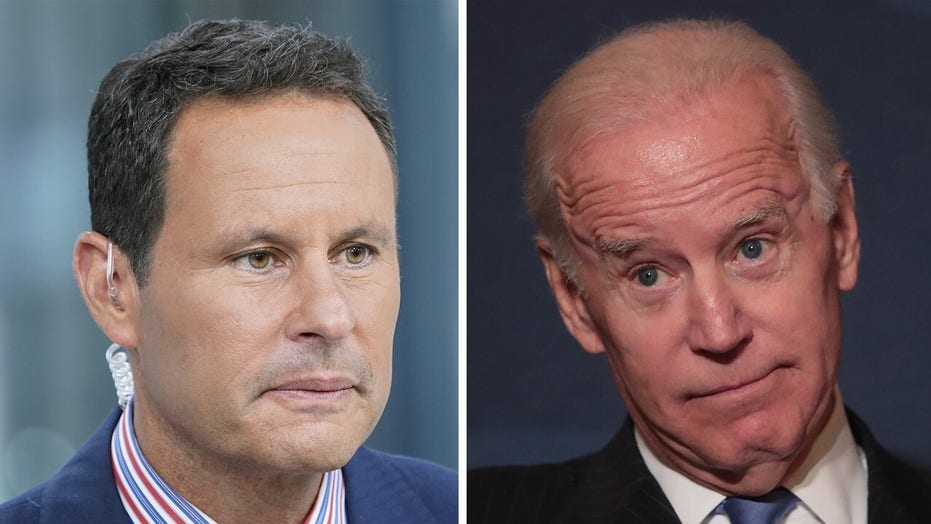 Is Biden slow-walking therapeutics so as not to upend vax plan?: Kilmeade

Fox News host Brian Kilmeade said Thursday that President Biden failed to amp up testing availability, and a significant portion of the COVID-19 response under him was made possible by former President Donald Trump.

"With COVID cases rising all across the country, it's becoming pretty obvious the Biden administration has no plan to stop the spread," Kilmeade said on "Fox News Primetime." "We still don't have enough testing. It's a travesty … President Biden already knew this back in December 2020."

A line outside a Covid-19 mobile testing site. (Angus Mordant/Bloomberg via Getty Images)

"The White House may have been surprised, but plenty of leading scientists were not, including former CDC Director Robert Redfield, who sounded the alarm in the summer," Kilmeade said.

MCENANY: BIDEN WON'T BE ABLE TO HIDE 'IN THE BASEMENT' ANYMORE IF HE RUNS IN 2024

Former Centers for Disease Control and Prevention Director Robert Redfield said previously: "This virus is replicating at a high capacity in humans, and as a consequence, the risk for variant evolution is extremely high … I'm going to predict that … within … two, three, or four months, we're going to have another variant and that variants are going to be more infectious than the delta variant."

"This is just another example of how the administration has been unable to do anything new to win the fight against coronavirus, or at least keep pace," Kilmeade said. "We're still using three vaccines created under Operation Warp Speed and the Trump administration."

The Food and Drug Administration authorized Pfizer's COVID-19 pill Wednesday, and Kilmeade pointed out that the Biden administration doesn't "seem juiced about it."

About the antiviral pill — Paxlovid — Biden said, "I hope we don't get there, because if people get the shots, they get their two shots and a booster. They're not going to be in a position where they're going to need such a pill."

"The president unknowingly just showed his hand," Kilmeade said. "He and his team [are] perhaps slow-walking therapeutics and antivirals because they believe that a treatment plan would kill the vaccination plan."