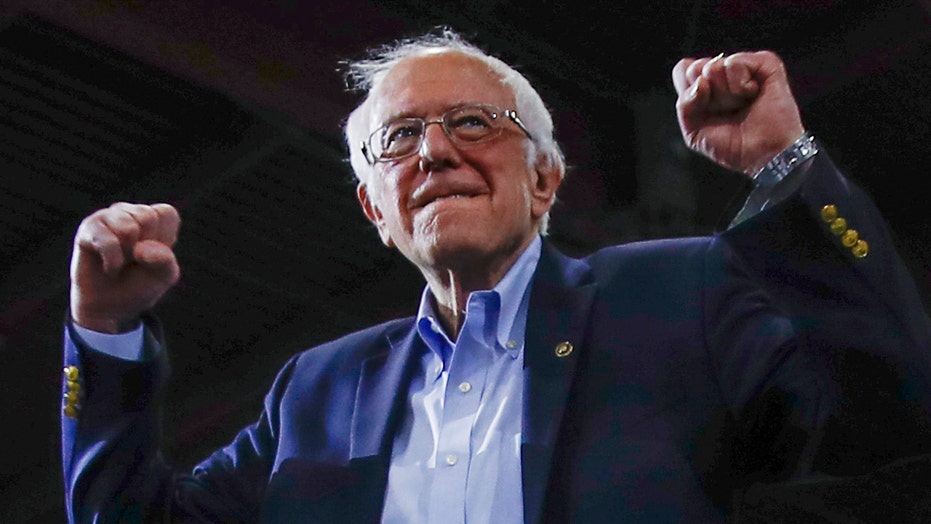 Reaction from Harmeet Dhillon, Trump 2020 advisory board member and co-chair of the Republican National Lawyers Association.

A Washington Post photographer captured Sanders watching Fox News’ coverage from the backstage area of his Vermont rally as results came in. The photo shows liberal networks CNN and MSNBC on in the background as Sanders is fixated on FNC’s coverage that was anchored by Bret Baier and Martha MacCallum.

Baier noticed the image and thanked Sanders on Instagram for watching. Sanders, the senator from Vermont who’s making his second-straight White House run, appears to be in a two-man race with Biden as the mainstream media has been accused of favoring the more moderate candidate.

Last weekend, CNN host Michael Smerconish asked, "Can either coronavirus or Bernie Sanders be stopped?" which was also written in a graphic that was blasted on social media. After facing backlash, CNN told Mediaite, "The banner was wholly inappropriate and a mistake. We are addressing internally."

CNN was also accused of "choreographing" a Biden endorsement with one of its own contributors.

The Sanders campaign has been vocal with its criticism of MSNBC's coverage of its candidate, as campaign manager Faiz Shakir accused the network of "undermining" his candidacy.

Page Six reported last month that Sanders himself had an explosive confrontation with top MSNBC executives before taking the stage at the network's Democratic debate in Las Vegas, one source saying, “Bernie marched right up to NBC and MSNBC’s head of creative production and began jabbing his finger right in his face, yelling, ‘Your coverage of my campaign is not fair ... Your questions tonight are not going to be fair to me.’ "

On the eve of the Nevada caucuses, NBC News published a lengthy report of Sanders' history of praising socialist regimes, something critics suggested has only been "buried" by the media. During its coverage of the South Carolina primary, MSNBC star Rachel Maddow claimed that Sanders "continues to underperform systematically with black voters" despite his placing second among black voters in Nevada and his surge among black voters in recent national polls.

"Meet The Press" anchor Chuck Todd suggested that Sanders supporters were part of a "digital brownshirt brigade," which was condemned by the Anti-Defamation League. "Hardball" host Chris Matthews, who suddenly retired from the network Monday night, similarly invoked the Holocaust by comparing Sanders' victory in Nevada to the Nazi takeover of France. He later apologized for those remarks.

Progressive journalist Jordan Chariton recently told Fox News that MSNBC has erased "any semblance of the network as a progressive news outlet" after its Nevada coverage sparked so much outrage among Sanders supporters.

Fox News recently celebrated its 18th consecutive year as the most watched cable news network, dating back to January 2002. FNC’s 18-year streak is for both primetime and total-day viewers, including the key news demo of adults age 25-54.