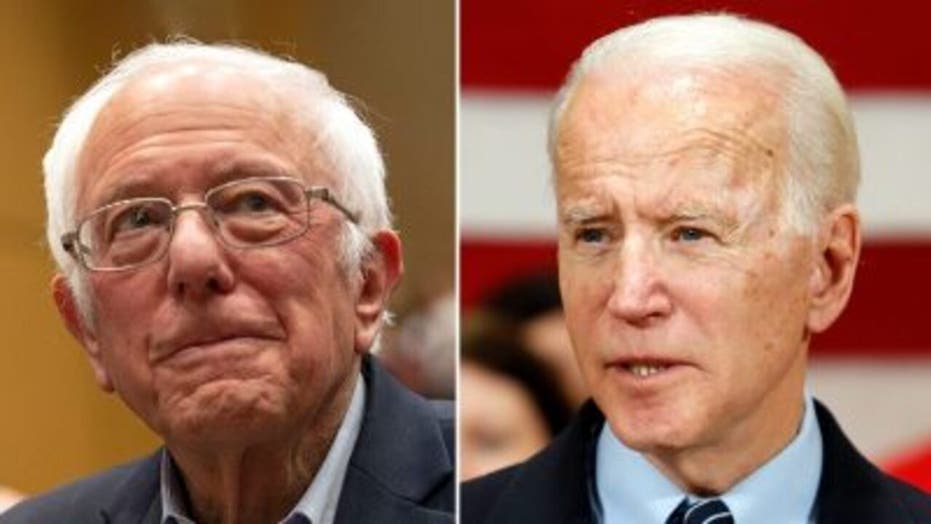 Kimberley Strassel: Bernie Sanders didn't really concede to Biden, this isn't over yet

Gray sat down for an interview with The Atlantic, which was published on Thursday. During the questioning, Gray was asked: "It was voters who chose Joe Biden as their preferred candidate, right?"

"Yeah," Gray responded, "voters chose Joe Biden as their preferred candidate after months of concentrated media attention saying that he was the most electable candidate, not talking about any of his vulnerabilities."

"Of course, if you’ve never heard of Tara Reade’s allegations," she said, referring to a sexual assult claim against Biden, "if it’s never been framed up to you on the mainstream news that Joe Biden has these vulnerabilities on trade, if the only explanation you’ve ever gotten is that Trump won because he’s racist, you are going to believe that Joe Biden is the most electable candidate."

"When Bernie Sanders won Nevada," Gray added, "the most diverse state to have voted so far at that point, he got [then-MSNBC host] Chris Matthews breaking down about how there’s going to be a Communist revolution in the street and people are going to cut off his head in Central Park."

Gray clarified that Sanders was ultimately responsible for not succeeding but maintained that it was "inaccurate" to "pretend that the voters were operating in kind of a neutral, unbiased media climate."

"People need information to make informed decisions, and unfortunately the media climate meant that was not the case," she said.

Sanders suspended his presidential campaign earlier this month and eventually offered his endorsement to Biden.

During the campaign, Gray received criticism for claims she made about former New York City Mayor Mike Bloomberg who briefly entered the Democratic race.

"I [misspoke] when I said Bloomberg had a heart attack. Rather, he underwent the same stent procedure as Bernie," she wrote in February. "Bernie released 3 detailed medical reports in December -- just like the other candidates."

Her comments came after a CNN interview in which she discussed questions about Sanders' health after he experienced a heart attack last year.

Gray also said she misspoke when she had said that Bloomberg faced dozens of "sexual assault" allegations. "I misspoke and I am more than happy to correct it. It’s 64 sexual harassment allegations. My sincerest apologies," she said.

CNN anchor Jake Tapper responded to her initial comments by questioning whether she should be on the campaign.

"Look, either facts matter or they do not," he said. "Either a campaign pushes out and tolerates smears or it does not."

Tapper also described himself as "shocked" by Gray's behavior, given that Sanders' campaign had "constantly" attacked President Trump for "lying."