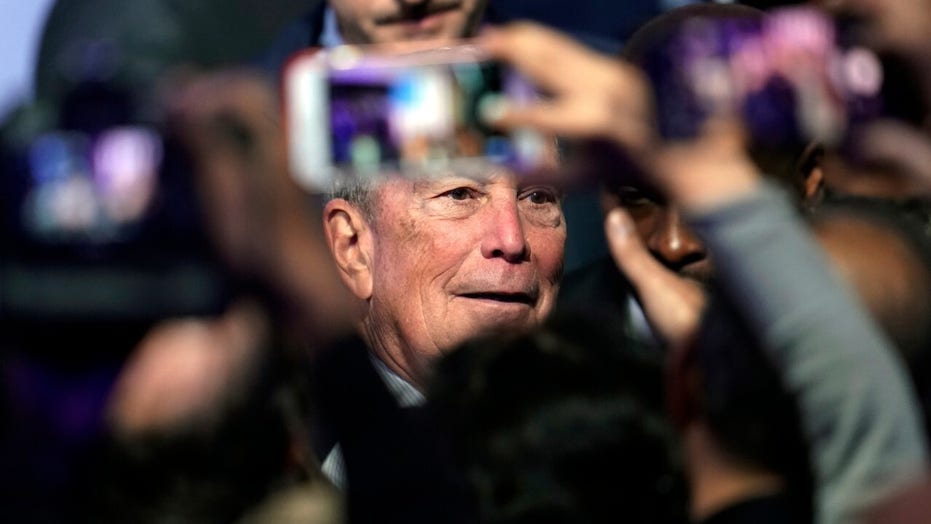 CNN anchor Jake Tapper was "shocked" by the way that one of Sen. Bernie Sanders' spokespeople acted, pointing to how she retracted two lines of attack on former New York City Mayor Michael Bloomberg.

His comments came after a CNN interview on Wednesday in which Briahna Joy Gray, Sanders' national press secretary, claimed that Bloomberg previously experienced "heart attacks." She was responding to a question about Sanders' health, apparently using Bloomberg to deflect from Sanders' own heart attack.

That was a "stunning falsehood," Tapper said on "The Lead," citing the Bloomberg campaign's denial.

Gray later said she misspoke about Bloomberg, who had received two coronary stents after a stress test.

"I [misspoke] when I said Bloomberg had a heart attack. Rather, he underwent the same stent procedure as Bernie," she wrote on Twitter. "Bernie released 3 detailed medical reports in December -- just like the other candidates."

“There’s a big difference, of course," Tapper argued. "Sanders had a heart attack, Bloomberg did not." He went on to criticize Gray for making another false claim about Bloomberg in the same week.

On Tuesday, Gray also said she misspoke when she had said that Bloomberg faced dozens of "sexual assault" allegations. "I misspoke and I am more than happy to correct it. It’s 64 sexual harassment allegations. My sincerest apologies," she said.

It's unclear where she got that figure, but Tapper suggested it was incorrect. He pointed to a report which claimed that  Bloomberg and his company, Bloomberg LP, faced employment lawsuits from 65 plaintiffs.

The majority of those cases involved alleged "discrimination over gender, race, and disability status, as well as pregnancy discrimination and wage theft," according to Business Insider.

Tapper said that while none of that was "acceptable," Gray's statement was a problem. "Look, either facts matter or they do not," he said. "Either a campaign pushes out and tolerates smears or it does not." Tapper also described himself as "shocked" by Gray's behavior, given that Sanders' campaign "constantly" attacks President Trump for "lying."

The Sanders campaign did not immediately respond to Fox News’ request for comment.