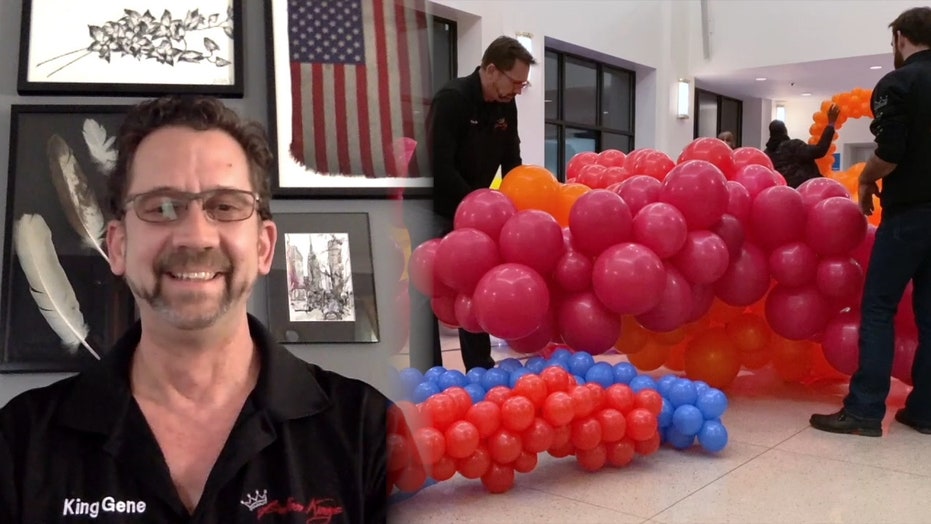 Amid coronavirus former Marine speaks up for his small business community

Gene Nifenecker II, the founder of Balloon Kings and affectionately known as ‘King Gene’ by his customers, is a former Marine who is fighting mad over what’s happening to small businesses amid the coronavirus pandemic.

Gene Nifenecker II, the founder of Balloon Kings and affectionately known as ‘King Gene’ by his customers, is a former Marine who is fighting mad over what’s happening to small businesses amid the coronavirus pandemic.

“The government should've gone with the smaller companies first. They really could have worked their way up to the bigger companies,” Nifenecker told Fox News. “Like Shake Shack or Ruth Chris’s Steakhouse, I mean, they're on the stock exchange, they should have been done second.”

The local New York retailer told Fox News that his 15 employees are the lifeblood of his balloon business, which offers everything from custom and pre-designed balloon bouquets to arrangements, and structures. Nifenecker was outraged as major restaurant chains received millions of dollars in loans from the federal government’s bailout for ailing small businesses. His business, like millions of others, was left out of the first round of funding.

“It’s hard to not be frustrated, I’m seeing my friends who have small businesses on the Upper West Side not get their funding as well,” said Nifenecker. “I’m luckier because I have a small storefront footprint, I've not had to cut back so much as a restaurant with empty tablespace who's on Amsterdam Avenue and paying $20,000 a month to rent.”

While Nifenecker said he quickly applied for the initial loan but it was challenging to organize everything that was needed. He added that many small businesses were shut out of the relief effort because they did not act quickly enough, and don’t have a “team of accountants” working directly for them who can focus solely on the singular task.

He said the federal government not only dropped the ball for him as a small business owner, but also for his employees.

“My employees are family. I know what's going on with their moms, dads, their brothers or sisters,” said Nifenecker. “I've even given money out of my own pocket just so they can get through, because they didn't get their unemployment checks yet. It's hard for me to watch all this.”

Nifenecker said the importance of loyalty was ingrained when he enlisted in the Marine Corps at 17. Nifenecker was in the Bravo Company 1st Tanks, the first unit into the 1991 liberation of Kuwait.

“Taking care of the people who help keep you up, sustain you was something I learned a long time ago,” said Nifenecker. “I won’t stop speaking out for the small businesses and the countless people who depend on them to put food on the table.”

For more from King Gene, watch the interview above.