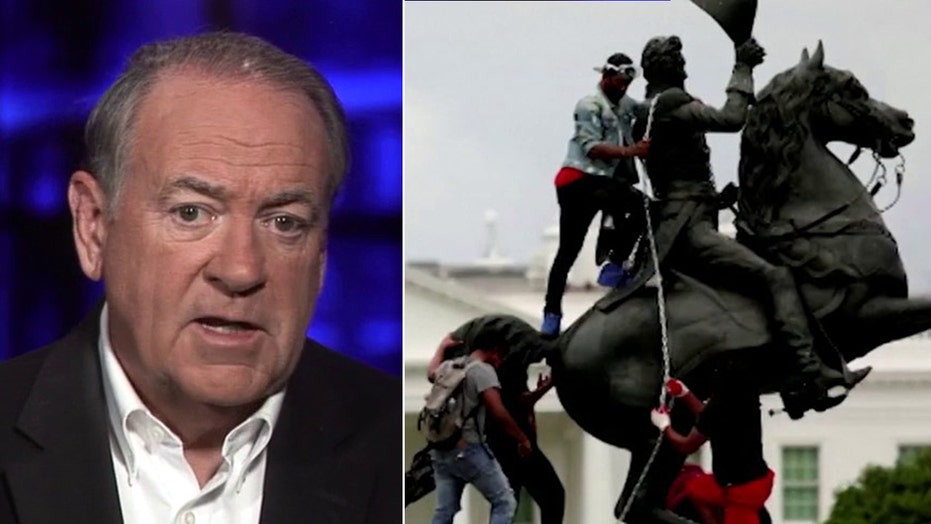 Huckabee: People trying to tear down public property is an act of anarchy

Conservative commentator Ben Shapiro predicted Tuesday that it's only a matter of time before the far-left and anarchist protesters who have vandalized and destroyed statues across America come for the famed Mount Rushmore.

"It is all statues, it's not just restricted to Confederate monuments ... [or] to people in history who have very checkered pasts ...," "The Ben Shapiro Show" host explained. "We are five seconds away from the 'blow up Mount Rushmore' movement."

"Not on my watch,” Noem tweeted after Shapiro posited that the chiseled faces of Presidents George Washington, Thomas Jefferson, Theodore Roosevelt and Abraham Lincoln could be the next target of the "woke historical revisionist priesthood."

"Mount Rushmore features a bevy of people who have all been canceled," Shapiro explained. "George Washington has had his statues torn down and so has Thomas Jefferson. Abraham Lincoln has been canceled...and now Teddy Roosevelt is being canceled".

On Monday, New York City Mayor Bill de Blasio announced that a prominent statue of the 26th president will be removed from the entrance of The American Museum of Natural History in New York City after years of objections that it symbolizes colonial expansion and racial discrimination.