INSIDE THE SANDERS SURGE: IOWA LEADER DEPLOYS ARMY OF SUPPORTERS

"I actually watched a Bernie rally beginning to end and it really tells you...everything Bernie Sanders does is about building a movement," he added.

STEVE HILTON: BERNIE OR BIDEN WOULD BE WIN-WIN FOR TRUMP

According to Shapiro, Sanders' surge in the polls is in large part due to his messaging, which sets him apart from his Democratic opponents who focus their campaigns primarily on defeating President Trump in November. 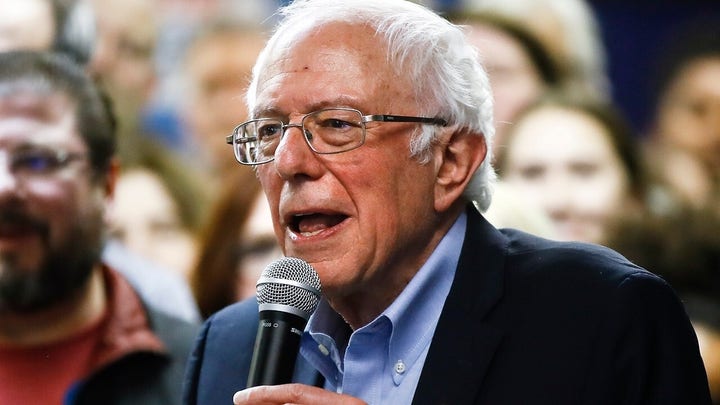 "His whole shtick is 'We're not just going to defeat Donald Trump, who is the worst person to ever live, but also we're going to build a movement,'" Shapiro explained, "and this is why he has momentum right now."

SANDERS PROFITS FROM ADS IN IOWA THAT ATTACK HIM

On Saturday, Sanders boldly predicted victory during a rally in Cedar Rapids, telling voters “we are going to win this election because we have the strongest grassroots movement in modern American history."

"During his rallies, he speaks instead like some sort of UC Berkely 1968 professor ... he gets up and he says 'We're living in a country that has serious inequality and you and I together are going to make a movement.'"

"It sounds much more reasonable," Shapiro concluded, "and it's designed like this. It's actually quite clever."