The mayor of Yuma, Arizona, Douglas Nicholls, joined "America's Newsroom" Tuesday to discuss the latest on the migrant crisis after Yuma endured a 2,405% spike in border encounters this fiscal year. Nicholls discussed the surge, telling Trace Gallagher the city may not have the resources to deal with the massive influx as the crisis continues.

DOUGLAS NICHOLLS: Well, it's not surprising because in 2019, if we go back for a little history, we were having a similar surge during the Trump administration and there were policies put in place that mitigated those numbers to nearly... below 10,000 a year. The first thing that happened in January of last year, was those all went away, and when those went away, the numbers just started climbing right away. And it's just been building this momentum, and there's just beyond the capacity of the way Border Patrol and ERO and ICE normally work. And so now it's kind of just trying to sustain an operating level. But really, Border Patrol's mission is border security, not immigration, and they're they're hamstrung with dealing with immigration now and have a very difficult time with border security. 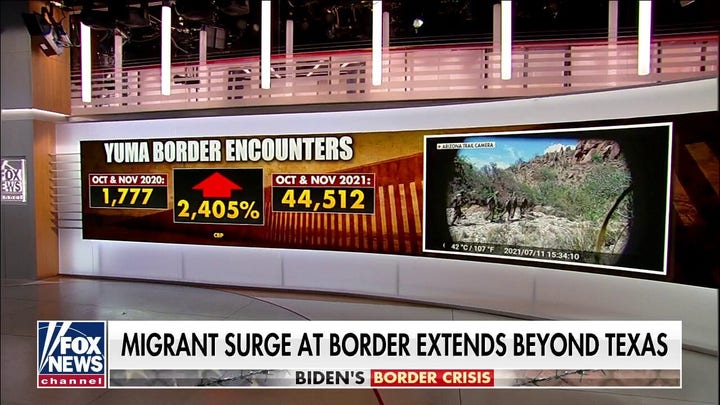