Arizona and Texas is suing the Biden administration because they created a catastrophe at the border, Arizona Attorney General Mark Brnovich told "America's Newsroom" on Monday.

MARK BRNOVICH: The reality is that the Biden administration has created a catastrophe at our border and now they are trying to implement PR Measures after losing in court, and really it will have no long-term meaningful effect until there is a change in actual substantive policies. One of the pending lawsuits involves deporting people with deportation orders. The Biden administration refuses to do that.

There are literally still millions of people illegally coming into our country, there are literally tens of thousands of gotaways every month. And these are people that are refusing to surrender. What the Biden administration is essentially doing here, Bill, is it is like a magician. They are trying to distract us with an assistant or tiger or something like that and the reality is that it is clumsy, ham-fisted and they're only doing it because they are losing in the court of public opinion and the courtroom. The reality is we need more substantive changes coming out of this administration. 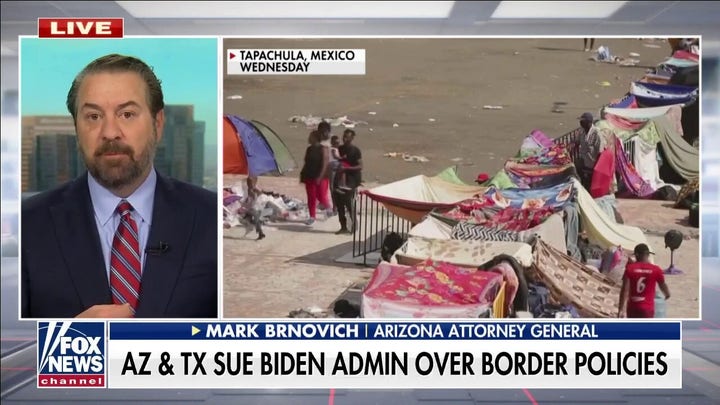