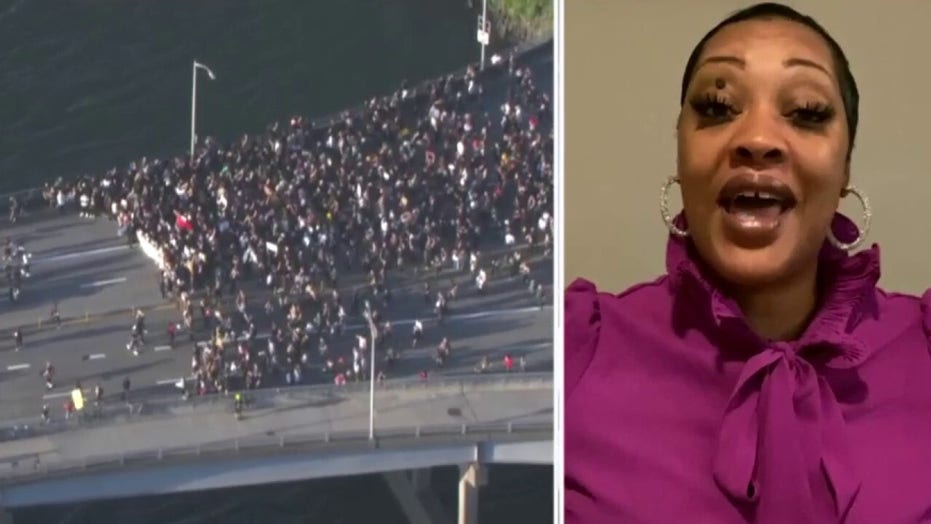 "One of the things that I realize is I've gone against long-term incumbent John Lewis, and John Lewis 40 years ago when he marched across the Selma bridge, we were fighting these same injustices we're fighting today," King told host Laura Ingraham. "So that tells me that something, a leadership, did not happen.

Stanton-King added, "I personally would have liked to have seen Obama and Joe Biden do much more ..."

In a livestreamed town hall Wednesday, Obama said he was "heartened" to see members of law enforcement marching alongside protesters and showing restraint, adding that a "vast majority" of them want to protect and serve.

The former commander in chief encouraged local officials to “do something” about implicit bias in the training of police officers.

Former Attorney General Eric Holder also participated in the town hall and said that he believes racism may still exist in the "American psyche."

"In order to enslave people, you have to think that they were in some ways different, in some ways inferior in those attitudes may not be as explicit as they once were, but still, I think, are a part of the American psyche," Holder explained.

"I have to challenge that," Stanton-King responded Wednesday night, "because if America is so bad, why are they fighting so hard to open our borders for all of these illegal immigrants to just go into our country and have access to opportunity?

"So America isn't as bad as they're trying to proclaim it to be. I think right now what we need to do is get away from this victimhood mentality."