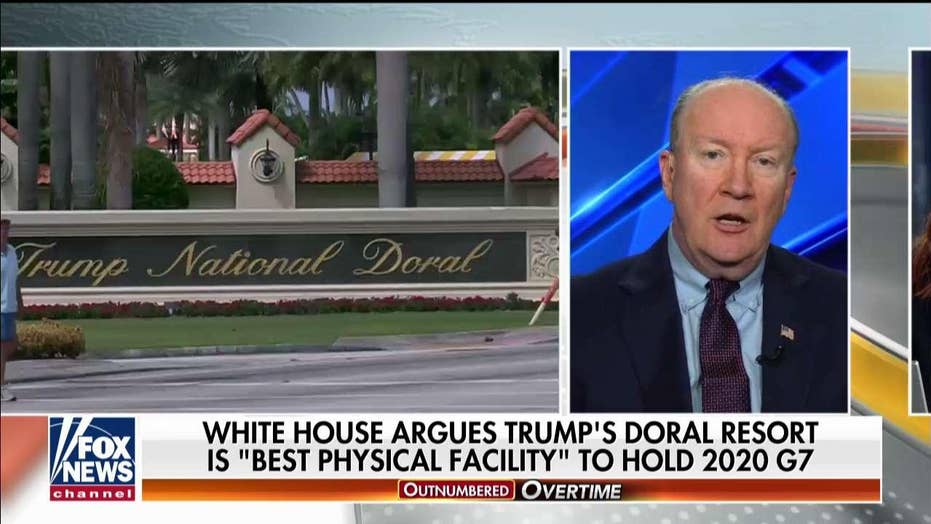 Andy McCarthy reacts after Democrats claim holding the 2020 G7 summit at the Trump National Doral golf resort is a violation of the emoluments clause of the Constitution.

Acting White House Chief of Staff Mick Mulvaney made the announcement on Thursday that next year’s G-7 meeting will be held at one of President Trump’s resorts in Doral, Fla., from June 10 through 12, 2020. The White House said President Trump won't profit off the decision to host the summit at a Trump resort.

Appearing on "Outnumbered Overtime" with anchor Julie Banderas, McCarthy said the decision could play into the impeachment inquiry that House Democrats are trying to wage against Trump.

FLEISCHER: MICK MULVANEY MADE A 'TERRIBLE MISTAKE' BY CONTRADICTING THE PRESIDENT

"So, to give them this kind of grist to continue the investigations they're doing and to push courts for things like, you know, they're demanding the president's business records and tax records and all that stuff, it just seems to me he's giving them a gift," McCarthy said.

"It's asking to be investigated under circumstances where he's being investigated left, right and center," McCarthy added.

The decision to hold the G-7 meeting at the Trump National Doral Golf Club was discussed for months, since Trump made a pitch to have next year’s summit at the resort during August’s G-7 conference in France. Democrats concerns over the ethics of the president personally profiting off an official government event.

During a rare White House press briefing, Mulvaney addressed concerns about potential "emoluments violations" and told reporters that Trump will not make any money off the event. He said the golf club will provide the location and services at cost.

“The president has made it clear that he doesn’t profit from being here,” Mulvaney said during the briefing. “The resort is doing it at cost. It’s much cheaper to do it at Doral than at other sites [that were being considered]."

Mulvaney said the Trump administration started with 12 potential sites to host the G-7 summit, and advance teams that scouted locations came back with the suggestion to hold it at Doral.

“We used the same set of criteria that other administrations used,” Mulvaney said. “It became apparent at the end of that process that Doral was far and away, far and away, the best facility to host this conference.” 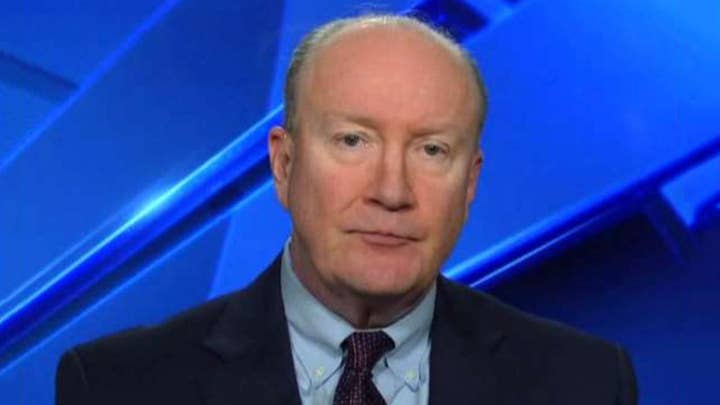 When pressed about any possible financial profit the president might make, Mulvaney said: "Consider that Donald Trump’s brand is strong enough as it is and doesn’t need any help."

"The Trump family made their money before they went into politics," he added.