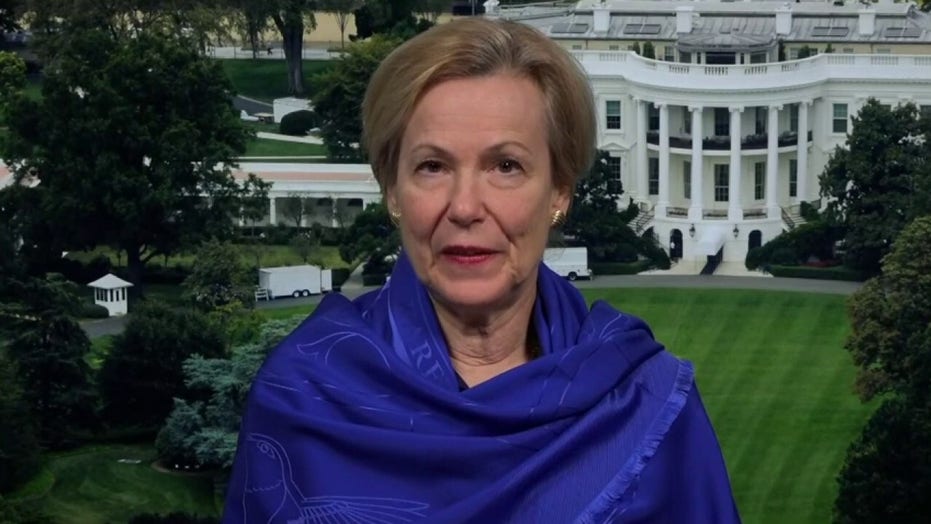 Dr. Birx on whether coronavirus pandemic is being politicized

"Senator, I said yesterday that Dr. Birx is part of the problem because she’s legitimizing his misinformation by sort of providing him this veneer of credibility," Hostin told Klobuchar, "and the GOP, in my view, is also enabling him too by pivoting blame to China."

"Republicans are supposed to be the party of families, but we’ve had 56,000 deaths in American families from this virus and record unemployment. Why do they still stand behind this president, and are they complicit for covering up these actions and having a playbook, a literal playbook, that blames everyone but Trump?"

Klobuchar responded: "You know, these are doctors and they’re there to do their job, and she has vast medical experience. She’s someone that has worked under Republican and Democratic presidents, and has a lot of credibility -- she and Dr. [Anthony] Fauci. You know, do I agree with everything they say every day when they’re responding to Trump? No. But do I think it’s important that they’re there, and we have some medical sanity and we have people that are actually trying to get the facts out? That is so important. To me that goes beyond politics."

Klobuchar added that "the buck stops" with Trump and not his advisers.

"There’s really one person that’s responsible for this disinformation, for blaming other people, for not responding early enough to get the testing going that we’re starting to see now happen state by state, slowly but surely, and that is the man who’s in charge," she said. "That’s Donald Trump."

The former 2020 presidential candidate claimed that the president is playing "the blame game every single day."

On Monday, Hostin described Birx as “part of the problem” after she defended President Trump in the recent controversey over his comments on disinfectants and bleach.

“The View” played clips of Birx downplaying comments by Trump that were interpreted by some media members as suggesting that disinfectants might have the potential to treat the coronavirus. The president later claimed he was being sarcastic.

“I kind of feel sorry for the woman,” co-host Joy Behar said Monday. “At this point, she’s less of a doctor and more like an elderly care nurse to [President Trump]. Like, he’s running around the house in his pajamas yelling at the TV set.”