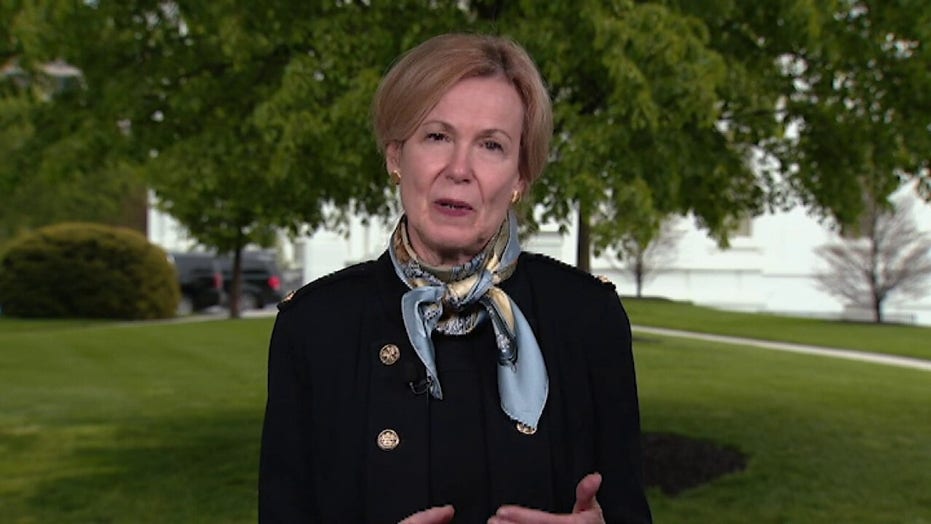 Dr. Birx on Trump's comments about sunlight and disinfectant

The liberal co-hosts of ABC News’ “The View” attacked White House coronavirus response coordinator Dr. Deborah Birx on Monday, calling her “part of the problem” for defending President Trump over his recent comments on disinfectants and bleach.

“The View” played clips of Birx downplaying recent comments that Trump made during a press briefing, when he appeared to suggest that disinfectants might have the potential to treat the coronavirus. (The president later claimed he was being sarcastic.)

Birx on Saturday also suggested Trump may have just received information before the press conference, saying "he was still digesting that information." The daytime talk show panel condemned the longtime public servant for not scolding Trump over the controversial comments.

“I kind of feel sorry for the woman,” co-host Joy Behar said. “At this point, she’s less of a doctor and more like an elderly care nurse to [President Trump]. Like, he’s running around the house in his pajamas yelling at the TV set.”

Behar then said Trump was “losing it” and compared him to a senile grandfather.

“He’s like the grandpa who walks out in the middle of the birthday party with his pants off and Dr. Birx, his surrogate at the party has to say, ‘Oh, grandpa’s just liberating himself,’” Behar said. “It’s scary to see what’s going on in this country, it’s frightening.”

Behar feels Birx should have “stood up at that press conference” and immediately objected to Trump’s comments.

“But she’s trying to walk this fine line,” Behar said.

Meghan McCain attempted to defend Birx, who has served as the United States Special Representative for Global Health Diplomacy and the country's Global AIDS Coordinator.

MEDIA ERUPT OVER TRUMP COMMENTS ON DISINFECTANT AND SUNLIGHT TO CURE CORONAVIRUS: HERE'S WHAT HE SAID

“She has an incredible career for decades… she’s doing the best that she can,” McCain said, noting that she can’t exactly just stand up in the middle of a press conference and scold the president.

“I still feel nothing but compassion for these doctors,” McCain said. “I, for one, don’t want her or Dr. Fauci to go anywhere.”

Whoopi Goldberg asked Sunny Hostin if Birx is “part of the problem.”

“I do, I do think she’s part of the problem and it gives me no pleasure to say that,” Hostin said, criticizing Birx for appearing to imply that the media is to blame for making such a big deal over Trump’s comments.

"I believe, at this point, Dr. Birx is complicit, in what’s going on, because there are times like this, good people with integrity need to stand up and need to speak truth to power,” Hostin added. “You can’t be complicit in a time like this.”