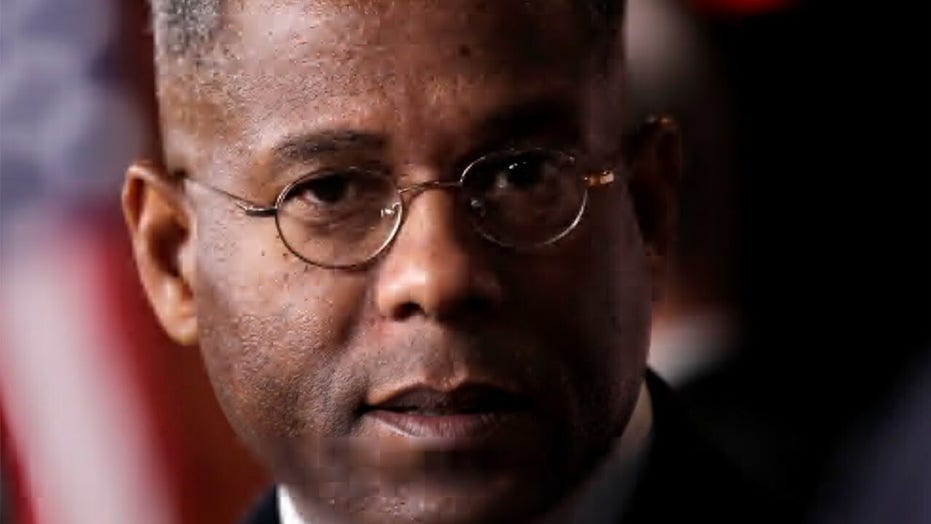 Allen West: The history of the Republican Party is being assaulted

"If you are someone that has escaped the left's 21st century economic plantation, it's something that's wrong with you, mentally," West, a former Florida congressman, told "The Brian Kilmeade Show" while discussing criticism of black Republicans and conservatives. "Something is wrong with you as far as how you think."

"All lives matter, but this radical organization, Black Lives Matter, is the ultimate Trojan [h]orse," he wrote in the Canada Free Press. "The consistent purveyors of systemic racism in America is [sic] the Democrat Party.

"They have smartly devised this organization to enable their ends, the proliferation of the 21st century economic plantation. Black Lives Matter serves as overseers on this plantation, stoking the irrational emotionalism and angst to support their agenda, their purpose."

LT. COL. ALLEN WEST ON DESECRATION OF CONFEDERATE MONUMENTS: 'HISTORY IS NOT THERE FOR YOU TO LIKE OR DISLIKE'

During his interview with Kilmeade, West specifically called out former Vice President Joe Biden, whom he said promoted a mentality that detracted from the ideas promoted by Martin Luther King Jr.

"Just the same as Joe Biden said not too long ago, 'If you're having problems deciding between me or Trump, you ain't black.' That's the mentality that has been permeating all throughout the United States of America," West said, "and that is the exact opposite of what Dr. Martin Luther King talked about when he said he wanted this country to get to a point where people were judged by the content of their character, not by the color of their skin.

"But yet, that's where we are in America. We have gone backwards."

West futher argued that Black Lives Matter and other groups were trying to extort corporations by intimidating them into adopting their social justice messaging.

"You have these corporations and businesses that are basically being forced into providing resources and contributions to an organization like Black Lives Matter," he told Kilmeade. "This is extortion that is going on. This is fear, intimidation, coercion, and, as you saw in Seattle, violence. And we cannot allow this to happen. These are anarchist groups. These are Marxist groups."

In his op-ed, West also ripped Black Lives Matter as disingenuous since it didn't protest abortion, a procedure which disproporationatly affects black families.

"[S]ince 1973 there have been over 20 million unborn black babies murdered in the wombs of Black mothers," he wrote. "The organization mostly responsible for the industry of murdering unborn babies is Planned Parenthood. Planned Parenthood was founded by a known white supremacist, racist, a woman who spoke at Ku Klux Klan rallies — Margaret Sanger."

West added that he'd "never heard Black Lives Matter speak up, speak out, or speak against Planned Parenthood. Why? Simple; the white progressive socialist masters who fund, resource, and enable Black Lives Matter don’t give a darn about the lives of Black children."

To hear the full interview, subscribe and download "The Brian Kilmeade Show" on your favorite podcast player.