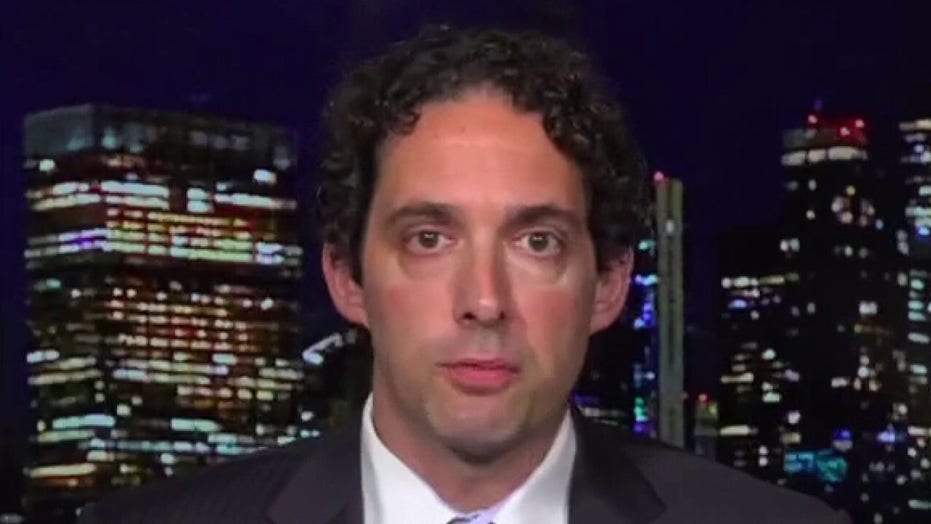 CNN breaking news editor Kyle Feldscher took to Twitter on Tuesday evening to weigh in on herd immunity, which was referenced by President Trump during the ABC News town hall, though the president mistakenly called it "herd mentality."

Herd immunity is when a virus can no longer spread easily because enough people are immune to it and lowers the chances of the virus jumping from person to person and reaching those who haven’t been infected yet.

"There are approximately 328.2 million people in the US," Feldscher began his now-deleted tweet. "To get to the low end of herd immunity, about 60% of the population must catch Covid. That's about 196,920,000 cases. The current US death rate is about 2.96%"

"Fact check: you can’t be this dumb," Berenson reacted. "Even if the herd immunity estimate of 60% is right (it’s wrong), this CNN doesn’t know the difference between reported cases and actual infections, which are 10x as high. So his estimate is off by a factor of at least 10x (likely much more)."

CNN EDITOR DELETES CORONAVIRUS TWEET AFTER BEING FACT-CHECKED BY ALEX BERENSON, OTHER CRITICS

Berenson explained, "That’s assuming the current reported death number is right (it’s not, it’s high, inflated by six months of lockdown and six weeks of iatrogenic deaths, we just don’t know how many). But that’s just icing on the CNN cake."

"But hey, we’re only six months into nonstop media coverage of the [coronavirus], how can a blue-check be expected to understand the difference between [case fatality ratio] and [infection fatality ratio]?"

The next day, Feldscher took down the tweet and apologized.

"I deleted my tweet about herd immunity -- the level of immunity needed to interrupt transmission isn't clear and calculations about infection rates and death rates are more complicated than my simple math implies," Feldscher wrote. "I'm really sorry and will do better going forward." '

But Berenson then noticed a similar tweet from MSNBC that was sent early Friday, three days after the CNN reporter's mistake.

“215 million Americans would need to be infected with the coronavirus to reach herd immunity, a strategy Pres. Trump has said would make the virus ‘go away,’” MSNBC wrote. “This strategy would result in 6,385,500 deaths based on the current US fatality rate of 2.97%.”

Berenson responded, “THIS IS UNTRUE. So untrue that even the @cnn employee who originally made it up had to retract it. It is designed to terrify at the expense of truth. So why is @MSNBC presenting it as fact?”

ALEX BERENSON SAYS AMERICANS ARE HUNGRY FOR ‘REAL REPORTING’ ABOUT CORONAVIRUS PANDEMIC, NOT ‘HYSTERIA AND PANIC’

Berenson then tweeted an article from BMJ medical journal that explored if people have pre-existing immunity to the coronavirus.

“While @msnbc spreads untruths that millions of Americans must die for a herd immunity strategy to work, one of the world's top medical journals is suggesting we may ALREADY have reached herd immunity - that the #SARSCoV2 epidemic is effectively over,” Berenson wrote.

He elaborated on his point in a series of tweets: