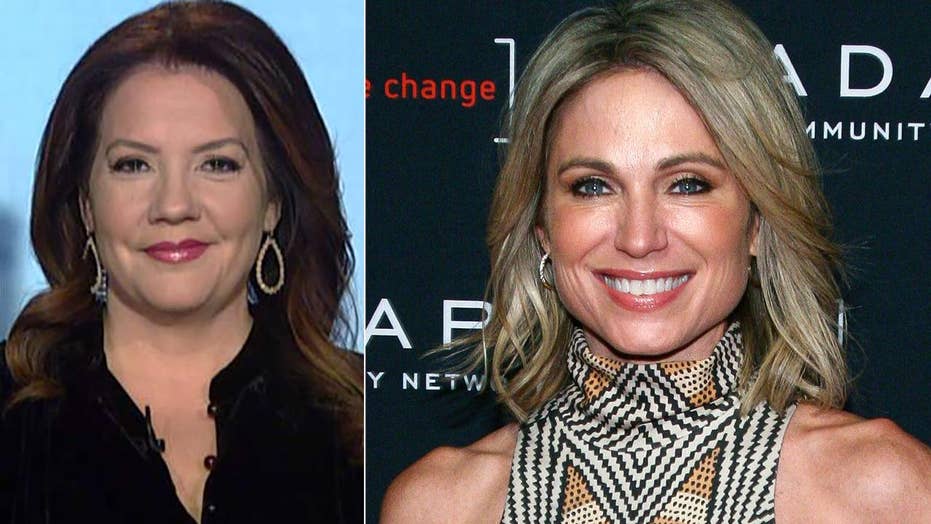 Will there be any media fallout from claims ABC spiked Epstein story?

Mainstream media outlets have largely ignored the Project Veritas bombshell that ABC News killed a story that would have exposed the now-deceased sex offender Jeffrey Epstein three years ago, with some having themselves been recently embarrassed by Project Veritas, and others still smarting from their own alleged #MeToo coverups.

Fox News found no coverage on CNN, MSNBC, CBS News, or NBC News from noon through midnight ET on Tuesday while the story was lighting up social media. During that same time frame, Fox News covered the scandal on five different programs, including its entire primetime lineup.

“That there has been so little coverage about ABC avoiding the Epstein story demonstrates again that mainstream media too often make news judgment based on sociocultural or political implications rather than journalistic values,” DePauw University professor and media critic Jeffrey McCall told Fox News.

ABC News anchor Amy Robach was caught on a hot mic claiming higher-ups at her network killed a story that would have exposed the now-deceased sex offender Jeffrey Epstein three years ago.

Mainstream media essentially has an unspoken rule not to cover anything Project Veritas does, as the group’s controversial founder, James O'Keefe, describes himself as a “guerrilla journalist” who has used questionable tactics in the past. But the ABC video has been verified by none other than ABC itself as authentic, and has therefore created quite a conundrum for mainstream media.

“The traditional media surely do not like Project Veritas snooping around into their behind-the-scenes operations, but the Project Veritas videos of Amy Robach's and Jeff Zucker's comments do lend insight to the workings of these news organizations," McCall said. "The news consuming public should ponder the implications that a major broadcast news network spiked what appears to have been a newsworthy development in the Epstein situation."

“In a better world, CNN would put that aside and cover the ABC News-Harvey Weinstein cover-up story uncovered by Project Veritas. But it's not a better world, and CNN appears more interested in not giving Project Veritas proper credit than in covering media malfeasance," Jacobsen said. "Given CNN's conflicted position, perhaps it should appoint an outside independent journalist to cover the story for it."

EPSTEIN HAD 'UNEXPLAINED' INJURIES ON WRIST AND SHOULDER, BROTHER SAYS

NBC and MSNBC have stayed away from the ABC/Epstein story as the network continues to deal with fallout from Pulitzer Prize-winning journalist Ronan Farrow claiming NBC covered for a different alleged sexual predator, the now-disgraced movie mogul Harvey Weinstein. ABC and NBC even had similar corporate statements, both stating that the stories didn’t meet network standards.

“News organizations need to stop treating themselves and the journalism profession as sacred cows, and instead, acknowledge that mistakes in news judgments are sometimes made and critically assess the underlying reasons for those mistakes,” McCall said.

CBS News, NBC News and MSNBC did not immediately respond when asked why the news wasn't covered.

Mainstream media outlets have largely ignored the project Veritas bombshell that ABC News killed a story that would have exposed the now-deceased sex offender Jeffrey Epstein three years ago.

CNN has a team of media reporters who constantly tweet hot takes on the latest media news, but they were also stone silent on the ABC News scandal. Their reticence was noticed by media watchdogs, many of whom badgered CNN’s media team for answers.

“As this story was trending on Twitter, CNN’s Senior Media Reporter Brian Stelter never seemed to send a single tweet about this big media story,” FTVLive founder and media critic Scott Jones wrote. “Isn’t it odd that the network’s senior media Reporter all but outright ignored this big story about the media?

CNN did not respond when asked if management ordered its media reporters to ignore the story.

After CNN ignored the media bombshell on air, the liberal organization was widely mocked for the way its media newsletter eventually covered the scandal. CNN’s in-house media guru Stelter didn’t mention Project Veritas or O'Keefe by name, blamed right-leaning commenters for using the story to “stoke hatred of the media writ large” and even claimed the “most troubling part” was Epstein’s use of powerful attorneys, all while downplaying that an ABC News anchor admitted she was “so pissed” that ABC killed her story.

Many took to Twitter with thoughts on the way CNN’s media newsletter covered the story:

Project Veritas, which frames itself as a conservative whistleblower watchdog group, has previously released what it claims to be hidden camera footage of network news producers, federal politicians, and members of private political organizations making statements while unaware they were being recorded.

“At the time, not all of our reporting met our standards to air, but we have never stopped investigating the story. Ever since, we’ve had a team on this investigation and substantial resources dedicated to it," an ABC News spokesperson told Fox News. "That work has led to a two-hour documentary and 6-part podcast that will air in the new year.”