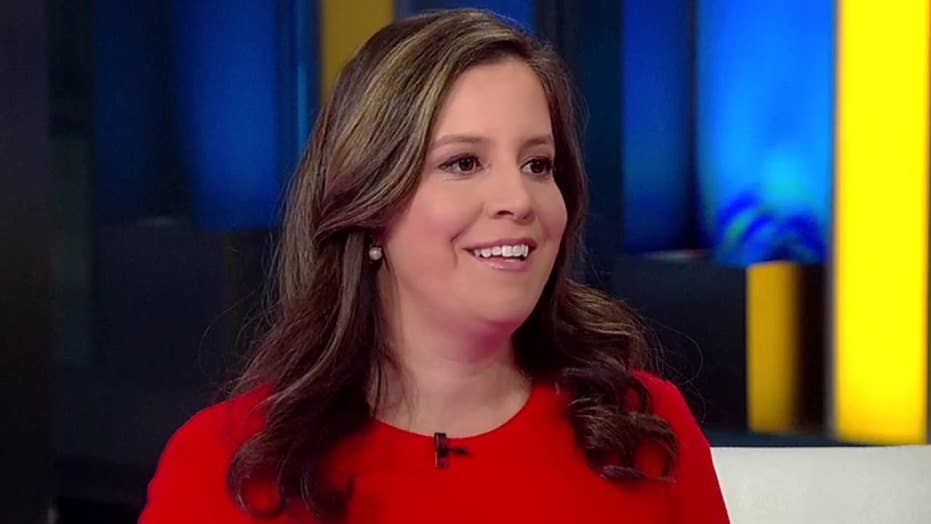 Stefanik pushes back on Schiff calling impeachment trial unfair: It's only unfair to President Trump

Rep. Adam Schiff, D-Calif., is hypocritical in decrying the impeachment trial as unfair, Rep. Elise Stefanik, R-N.Y., said Wednesday, arguing that Schiff did not allow Republicans to call witnesses during the House's proceedings.

Appearing on "Fox & Friends" with host Steve Doocy, Stefanik said that Schiff's comments on Capitol Hill Tuesday show that the Democrats' case is flimsy so they are "scrambling at this point." Schiff, the House Intelligence Committee chairman, is serving as the impeachment trial manager of the House Democrats' case.

Speaking on the Senate floor during a marathon 12-hour first day, Schiff said that if the House could neither call witnesses nor introduce documents and evidence, the impeachment trial was "not really a trial at all."

"If you take a step back and really remember the House impeachment proceedings, Republicans were not able to call our requested witnesses. So, Adam Schiff is being completely hypocritical," Stefanik shot back. 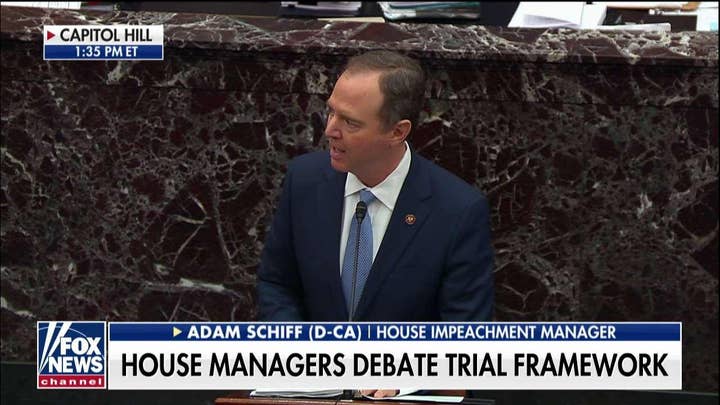 The Republican congresswoman said that the only thing Schiff said that was factually accurate was that the trial was unfair, but with an amendment.

"It's unfair to the president," she continued. If you think about this impeachment process has been going for 70-plus days. Yesterday was the first day that the president's legal team was even able to participate. That is unprecedented. That is not how the precedent was for both the Clinton and Nixon impeachments."

"So, the person who limited witnesses was Adam Schiff," she told Doocy. "This process has been unconstitutional, unfair, and unprecedented."

"And," Stefanik added, "the fact that Democrats chose not to pursue this in the courts shows that they don't have a case. And, I think they were rushed on an arbitrary deadline to get this done before the holidays." 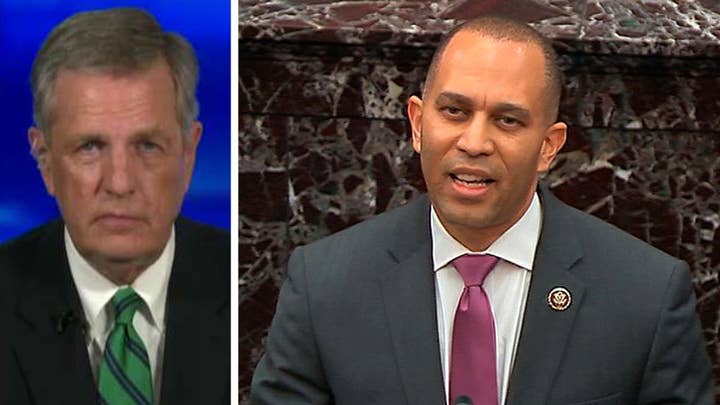 "But again, when it comes to the witness question, Republicans specifically and formally asked to call witnesses and Adam Schiff did not allow any Republican witnesses to be called unless they were on the Democrats' list," she concluded. "So, it is unfair. Adam Schiff is unfair and the way he is conducting this is unconstitutional."

A marathon, 12-hour first day in the Senate impeachment trial against President Trump erupted into a shouting match well after midnight Wednesday morning, as Trump's legal team unloaded on Democratic impeachment manager Rep. Jerry Nadler, D-N.Y. -- in an exchange that prompted a bleary-eyed Chief Justice John Roberts to sternly admonish both sides for misconduct in the chamber.

Nadler began the historic spat by speaking in support of the eighth amendment of the day, which was proposed by Senate Minority Leader Chuck Schumer, D-N.Y., just as the clock struck midnight. The proposal would have amended the trial rules offered by Senate Majority Leader Mitch McConnell, R-Ky., to immediately subpoena former National Security Advisor John Bolton.