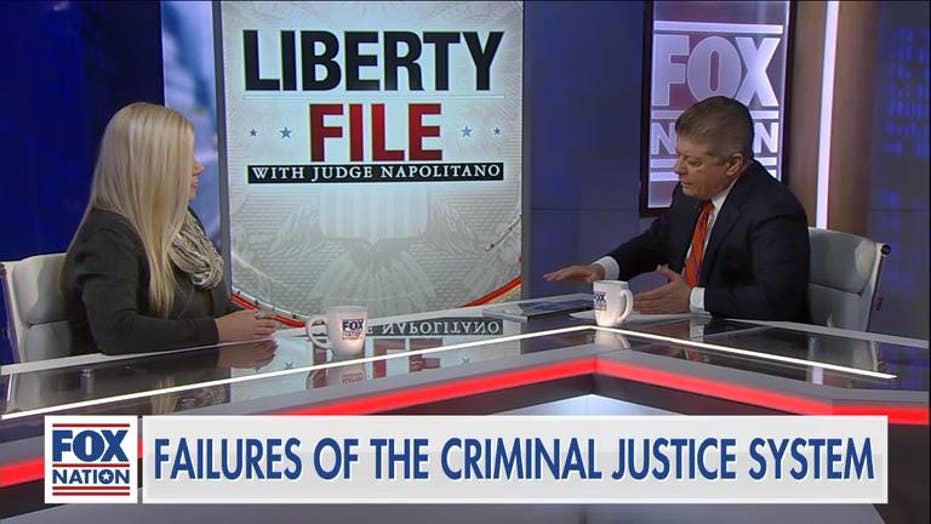 A Tennessee woman who tragically witnessed her husband's murder at the hands of her own stalker argued that gun-free zones make Americans less safe and she faulted the mainstream media for failing to represent her views and those of other Second Amendment supporters.

On April 2, 2009, Nikki Goeser and her newlywed husband Ben were working at a local restaurant running a mobile karaoke business. She had left her handgun in her car in compliance with a Tennessee state law that prevented her from carrying a firearm inside the restaurant. Then she noticed a man nearby whose romantic advance she had rejected.

"I did not realize that he was stalking me until that night," Goeser told Judge Andrew Napolitano on Fox Nation's "Liberty File." "I asked management to please have him removed. I said, 'This man is stalking me. I'm very concerned. I don't feel comfortable. Please help me.' And when they confronted him to ask him to leave, he pulled a 45 and shot my husband seven times in front of myself and everyone in the middle of a busy restaurant.

"This happened in a restaurant that was a gun-free zone," said Goeser, now the executive director of the Crime Prevention Research Center. "I followed the law and left my permitted firearm that I normally carried for self-defense locked in my vehicle... I will probably wonder for the rest of my life if I could have prevented that. Of course, I'll never know."

Napolitano asked: "What did these -- probably well-meaning conservative Republicans, we're talking about Tennessee -- legislators think would happen when they enacted a gun-free zone? Even if this tragedy hadn't occurred, a gun-free zone is a killing zone. It's the most dangerous place on earth because only the bad people have guns."

"Absolutely," she replied. "I think it actually encourages evil people to attack. I mean, if you're an evil person, where are you going to go to harm innocent people? We see so many of these attacks across the United States and the media fails to tell the public. This happened in a gun-free zone where everyone there was helpless. People assume bad guys are stupid. They're not stupid."

Goeser is appearing on "Tucker Carlson Tonight" on Thursday.  She is also the author of "Stalked and Defenseless: How Gun Control Helped My Stalker Murder My Husband in Front of Me."