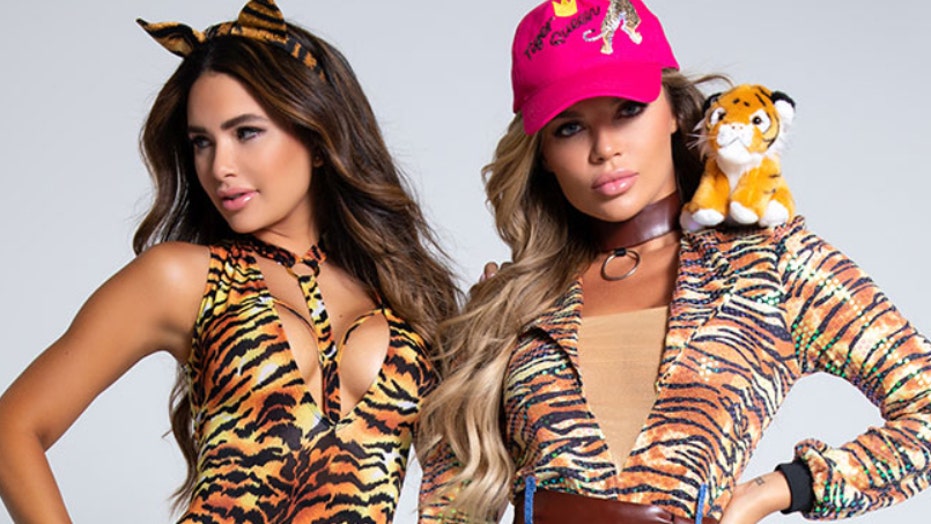 Dressing up like the coronavirus is just a step too far, apparently.

‘VOTE’ BOOTS ARE TRENDING BEFORE 2020 ELECTION

That doesn’t mean the company isn’t going to make other provocative costumes based on big moments this year.

In fact, Yandy has already released several costumes inspired by 2020 events and pop culture, including the recently released “Banned App” costume, inspired by TikTok, and the "Tiger Queen” and “Coolest Cat” costumes, based on the popular Netflix series “Tiger King.”

Yandy has already released costumes based on the popular Netflix series "Tiger King," this year. (Yandy.com)

"I think that it has been a difficult year for everybody with quarantine, with all the changes," Quintana-Williams told Business Insider. "So the stakes are high. But again, we want to bring humor and we want to bring lightheartedness to the holiday."

According to Business Insider, Yandy has already released more than 500 new costumes this year. For the first time, the company also started selling masks and sexy costumes for men.

Some of Yandy's previous outfits have included a sexy Mr. Rogers-inspired costume last year and a "Handmaid's Tale"-themed costume in 2018 — though that costume was removed from the website for being too controversial.