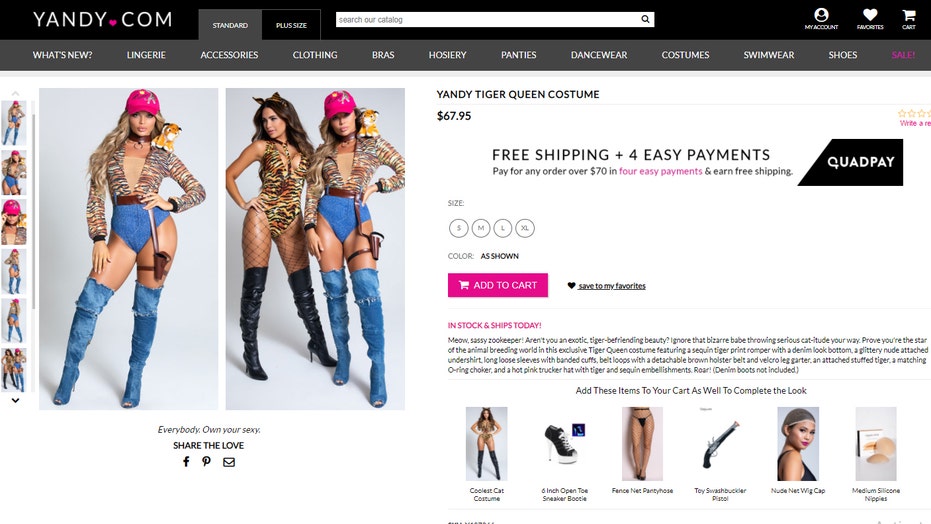 'Tiger King' employee speaks out: 'Monster is a relative term. And Joe fits the bill'

2019's HALLOWEEN COSTUMES WERE SOME OF THE WILDEST EVER SEEN

The two costumes, which are sold separately, are being advertised at Yandy as the “Tiger Queen” costume and the “Coolest Cat” costume — the former of which is clearly modeled after “Tiger King” subject Joe Exotic (albeit very loosely), while the latter seems to be inspired in part by his nemesis Carole Baskin and her “cool cats and kittens” catchphrase.

Of course, these being costumes from Yandy, the outfits’ authenticity appears to play second fiddle to showing as much skin as possible, as both are essentially tiger-print leotards.

If last year is any indication, Yandy will likely debut several similarly skimpy Halloween costumes before the holiday arrives, although it’s unclear what the company has planned. (Might we suggest a sexy “Big Ed” from “90 Day Fiancé”?)