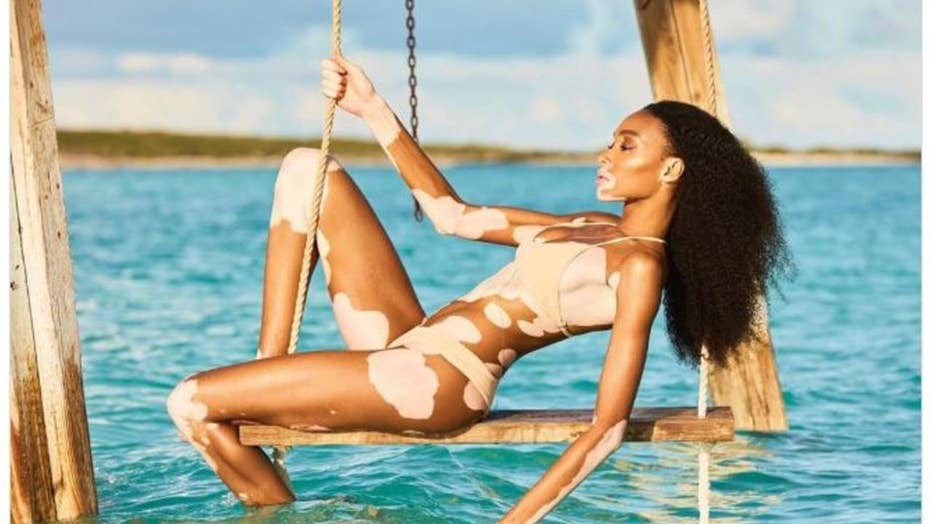 Model Winnie Harlow is set to make a splash in the 2019 edition of the Sports Illustrated Swimsuit issue upon its May publication, as the first-ever model with vitiligo to grace its legendary pages. The Canadian beauty has since described being chosen as a rookie model for the iconic magazine spread as an “absolute dream” and that she hopes her work can help in “redefining the swimsuit body” for this day and age.

Earlier this week, Harlow was surprised with the news during a visit to SI’s offices for what she thought was just a routine casting call – and immediately burst into tears after learning the news, according to video shared to her Instagram page.

“Being able to say that I am in the Sports Illustrated Swimsuit issue is an absolute dream that I never thought would come true. As a little girl from Canada, it was hard to imagine growing up that I could be just like the gorgeous women that I saw on billboards, on the runway and in any magazine,” Harlow told People of the accomplishment. “There are certain milestones in a model’s career that just make you feel like you have truly succeeded when they happen, and making my SI Swim debut is one of those huge moments. It’s a complete honor not just as a model but as a woman of color with vitiligo.”

“I’m so excited for people to see vitiligo be put under such a beautiful, sexy light and prove that our bodies can be celebrated,” the 24-year-old trailblazer said. “And this goes for all body types and conditions. We’re redefining the swimsuit body.” (Getty)

“I’m so excited for people to see vitiligo be put under such a beautiful, sexy light and prove that our bodies can be celebrated,” the 24-year-old trailblazer continued. “And this goes for all body types and conditions. We’re redefining the swimsuit body.”

On Feb. 15, the model teased images from the Bahamian shoot to her Instagram following of 5.5 million and has since won great applause from her social media following.

“My biggest inspiration,” another agreed.

Meanwhile, the folks over at Sports Illustrated are apparently just as excited to have Harlow onboard.

“Welcome to the family!!” reps for the brand wrote online of their sweet new rookie.

According to the Mayo Clinic, vitiligo occurs when pigment-producing cells (melanocytes) die or stop producing melanin — the pigment that gives your skin, hair and eyes color. There are some treatments that may restore color to the affected skin, but it does not prevent continued loss of skin color or a recurrence.

Harlow got her big break in the ever-competitive modeling industry came after appearing in season 21 of “America’s Next Top Model.” Earlier this year, she broke ground as the first model with vitiligo to walk in the famed Victoria’s Secret Fashion Show.