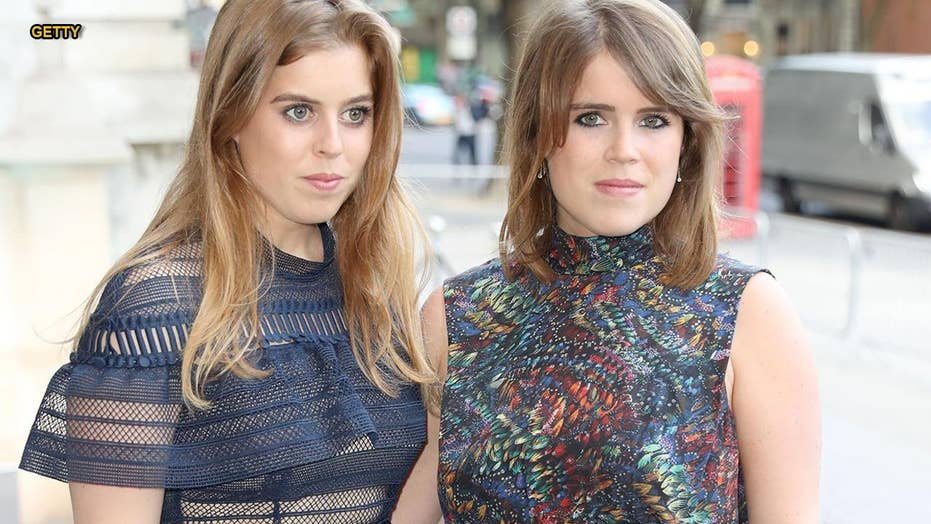 They’re engaged! Princess Beatrice and Edoardo Mapelli Mozzi are headed to the altar after the property developer popped the question to the royal with a dazzling engagement ring, which was reportedly inspired by Queen Elizabeth II’s own sparkler.

Princess Beatrice said “yes” to her beau of nearly two years — and to the 3.5 carat ring he designed with London-based jeweler Shaun Leane, the Daily Mail reports.

One industry expert told the outlet that he believes the elegant ring, featuring a brilliant, round center-cut diamond flanked by four baguette-cut diamonds, was undoubtedly inspired by the engagement ring belonging to Beatrice's grandmother Queen Elizabeth, which she received from Prince Philip over 70 years ago.

Jason D'Heureux, creative director of jeweler Taylor and Hart, said that the princess had followed suit “like her grandmother” in proudly sporting “an all-diamond engagement ring.”

“Getting major Queen Elizabeth vibes from the Princess Beatrice engagement ring," one eagle-eyed fan wrote on Twitter on Sept. 26, sharing a side-by-side image of the bling.

As for sticker shock, two jewelry experts told Fox News that they believe the ring may have cost as much as $100,000.

“Depending on the quality and specific characteristics of the center gemstone, we estimate the cost of the ring between approximately $75,000 and 100,000,” Kathryn Money, vice president of strategy and merchandising for Brilliant Earth, said.

“Fancy cut (non-round) diamonds have been increasing in popularity, both when used as a center diamond and as accent diamonds. In particular, baguette accents are having a moment with celebs such as Jennifer Lopez and Lindsey Vonn recently opting for this look,” Money added of the general trend.

Ajay Anand, CEO of Rare Carat, meanwhile, said that the retail value of Bea’s unique ring could be as much as $130,000, given the cut and quality.

It was announced on Thursday that the princess and Mozzi got engaged during a trip to Italy earlier this month, according to a statement from her parents, Prince Andrew and his ex-wife Sarah Ferguson.

The wedding is scheduled for 2020, but a set date was not immediately clear.

“We are extremely happy to be able to share the news of our recent engagement," the happy couple said in a statement. "We are both so excited to be embarking on this life adventure together and can’t wait to be married."

Princess Beatrice, 31, is first cousin of Princes William and Harry.

The princess and Mozzi were rumored to have started dating in November 2018, after she split from her boyfriend of nearly a decade, Dave Clark, in 2016. A source told People last year the two have known each other for years.