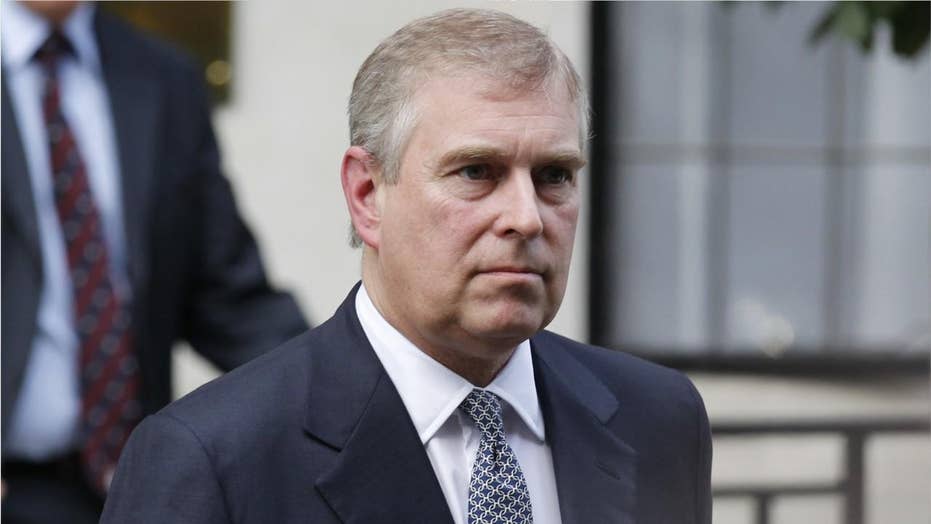 A woman who claims Jeffrey Epstein paid her to have sex with Prince Andrew says in her first TV interview that the Duke of York thanked her after their first sexual encounter.

“He was an abuser. He was a participant,” Virginia Roberts Giuffre says of Andrew in an interview with NBC Dateline set to air Friday night. The interview with Giuffre includes five other Epstein accusers, including three who are speaking publicly for the first time.

Giuffre repeats accusations she has made in court papers that when she was 17 in 2001 she was forced to have sex with Andrew. A photo released by a New York appeals court in August shows Andrew with his arm around Giuffre’s bare waist. Giuffre says it was taken in the apartment of Epstein’s longtime girlfriend Ghislaine Maxwell in 2001.

“The first time in London I was so young,” Giuffre tells Dateline. “Ghislaine woke me up in the morning and said you’re going to meet a prince today."

“I didn’t know at that point I was going to be trafficked to that prince."

Giuffre says that night she went to a London hotspot with Maxwell, Epstein and Andrew, where the prince gave her vodka and said, “Let’s dance together.”

She says that at the end of the night, Maxwell told her Andrew was coming back with them back to Maxwell’s place.

“Ghislaine said he’s coming back to the house and I want you do to for him what you do for Epstein,” she says in the interview. “I couldn’t believe it.”

Giuffre says the encounter took place first in the bathroom and then the bedroom.

“He wasn’t rude or anything about it, but he said thank you – some kind of soft sentiment like that – and left.

“I couldn’t believe that royal was involved."

Giuffre says she and Andrew had sex two more times. The encounters happened in Epstein’s New York apartment and at his Virgin Islands estate, she alleges.

Giuffre adds that Andrew can deny they had sex but “he knows the truth and I know the truth.”

A Buckingham Palace spokesperson told Dateline: “It is emphatically denied that the Duke of York had any form of sexual contact or encounter with Virginia Roberts [Giuffre]. Any claim to the contrary is false and without foundation.”

Maxwell has not been criminally charged and has repeatedly denied accusations against her.