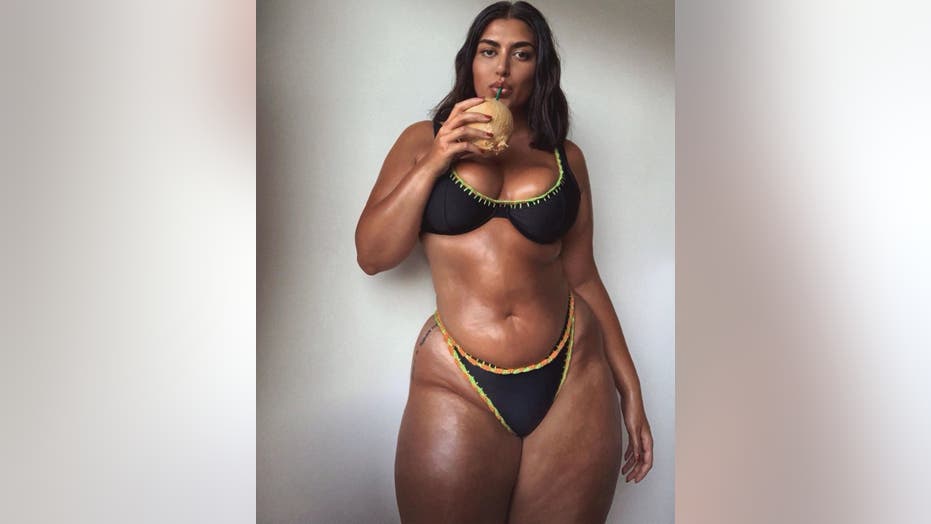 Curvy model Irena Drezi was so moved by the reactions to her recent bikini campaign, she actually started to cry.

Drezi, 22, was featured on PrettyLittleThing’s Instagram last week, modeling one of the retailer’s crocheted bikinis — and the size-14/16 model said she couldn’t be more “delighted” about it.

"It's surreal,” Drezi told The Sun. “Ninety percent of the comments were all positive. It actually made me cry.”

Drezi told the outlet she was especially proud of how her work is encouraging other women to dress exactly as they want to, or open up about their own body issues.

"And it really makes me feel like I am helping someone. I know exactly what they are going through, so it is really relatable."

Drezi, who moved to Ireland as a refugee at age 3, told The Sun she struggled with her body image for years in her teens, and had even developed an eating disorder because her “body confidence was nowhere.”

When she later started modeling, Drezi said she would often hear negative comments from people critical of her size, but resolved never to let those kinds of comments get her down.

"Being a model, especially a plus-size model, you have to be strong, and really mentally focused on trying to be positive about things,” she said.

"Small things like that can make you feel really down about everything. It did bring me down, for a minute or two, but then I said: I'll get over it because I will never see them in real life.”

As Drezi observed, the responses to PrettyLittleThing’s post were largely positive, with many loving Drezi’s figure and others lauding the brand for sharing the pic.

Drezi, however, said she also dislikes when people refer to her has having a “real” body, seeing as everyone has a “real” body, as far as she’s concerned. To that end, she said she would never shame a skinny model for being skinny, either.

"I try not to compare myself to the girls online a lot,” said Drezi. “That's the main thing that can ruin you. Everyone is different at the end of the day. Nobody is the same."

PrettyLittleThing has since confirmed to Fox News that followers can expect to see a lot more of Drezi featured on the brand’s social media channels.