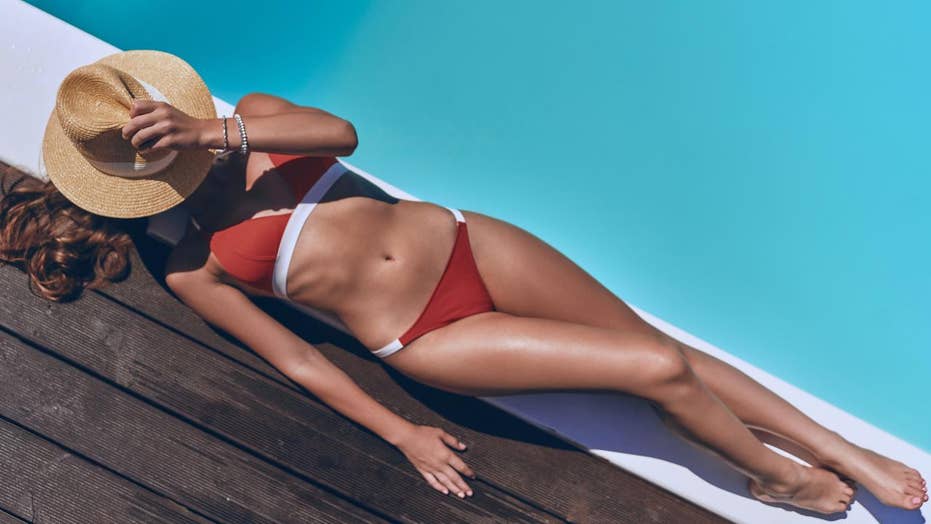 The bikini: Three facts about the barely-there swimwear

For such little fabric, bikinis cover a lot of history. Here are three facts about the swimsuits that you may not have known.

It wouldn’t seem that there’s much to know about the bikini at first glance. It’s got a few strips of material, some kind of fastening element, and … well, that’s usually it.

But believe it or not, that “itsy bitsy, teeny weeny” swimsuit is actually hiding a whole bunch of history under those few strips of fabric. Despite all of our initial perceptions, there’s more to the bikini than meets the eye. Like how…

Two different men 'invented' the bikini around the same time

French fashion designer Jacques Heim introduced his version of the two-piece swimsuit — which already existed, though frequently featured more modest skirts or shorts for the bottom half — in the summer of 1946. That same summer, however, French automobile engineer Louis Réard and clothing designer introduced his own, even skimpier version made with only 30 square inches of fabric. He also managed to patent his design before Heim’s version took off.

The bikini's name was meant to be shocking

Heim had originally called his design the “atome,” in an effort to liken the tiny garment’s design to that of a similarly tiny atom, according to the Smithsonian. Réard, on the other hand, reportedly wanted the name of his new swimsuit to be more shocking — to match how it looked — and eventually chose to name the garment after the Bikini Atoll, where the atomic bomb was being tested in 1946.

Models didn’t want to be associated with it

Réard planned to debut his new creation at a swimming complex known as the Piscine Molitor in Paris on July 5, 1946, but models were initially reluctant to appear in the scandalous swimsuit. According to History.com, he eventually found a willing model in Micheline Bernardini, who worked as an exotic dancer at a Parisian casino, and “had no qualms about appearing nearly nude in public.” She reportedly received more than 50,000 fan letters from men as a result.

SUMMER'S SEXIEST SWIMSUIT TREND MIGHT NOT BE A BIKINI ANYMORE…

The designer claims there's one true test of a bikini

As a way to drive home the point that his barely-there swimsuit was much smaller than the competitions’, Réard ran an ad campaign that claimed true bikinis "could be pulled through a wedding ring."

The public may have thought bikinis were risqué upon their debut, but the style was showing up well before they started trending in the ‘40s and ‘50s. Bikini-like garments were depicted in Roman artwork and Greek urns as far back as 1400 B.C., according to research attributed to The Independent. One of the most famous examples, a floor mosaic housed in a fourth century Italian castle called “Coronation of the Winner,” is also known as the “bikini mosaic,” as it depicts 10 women playing sports in bandeau-style tops detached from the bottoms.