The moment Meghan Markle walked onto the steps of St. George's Chapel last year is a memory surely etched into the minds of royal fans everywhere.

But luckily enough, for those of us who need a reminder, the famous Givenchy dress is on the move, and is set to be on display in Edinburgh for a special exhibition on the magical day.

The bridal party outfits will be on display in Scotland for the very first time from June 14, as part of a display titled “A Royal Wedding: The Duke and Duchess of Sussex” at the Palace of Holyroodhouse in Edinburgh, Scotland. 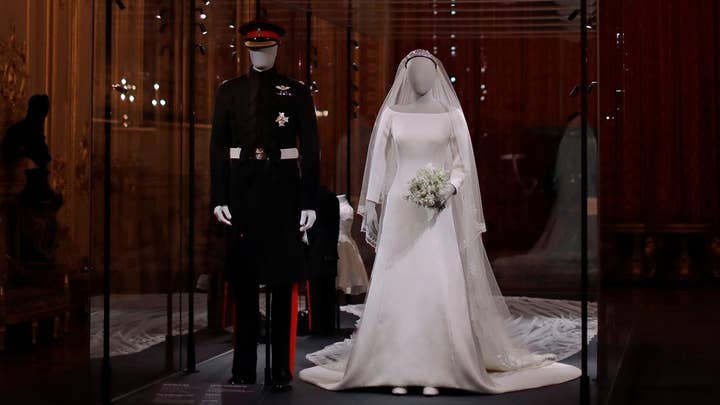 Focused around the pièce de résistance of Duchess Meghan's iconic gown, with its boat neckline and tapered waist, it's not to be missed if you're a fan of the Duchess.

Designed by Claire Waight Geller, artistic director at Givenchy, the silk dress will be shown alongside the sixteen-foot long veil and the diamond and platinum tiara that held it in place.

And for that extra touch of realism, in the hands of the made-to measure model, a replica of the bridal bouquet has been created from artificial flowers.

Prince Harry's Household Cavalry uniform, which was specially created by tailors at Dege and Skinner on Savile Row, London, will stand proud next to Meghan's dress.

While it isn't thought to be the real thing that he wore on the day, the new dad is said to have loaned an identical uniform to the Palace of Holyroodhouse for the exhibition. 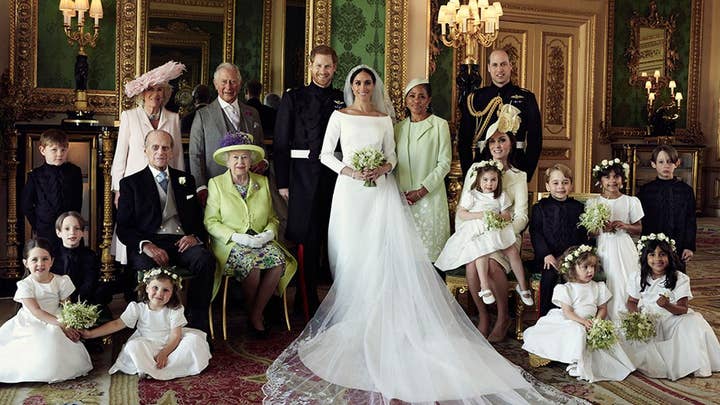 If that's not enough, Prince George’s page boy uniform and Princess Charlotte's silk bridesmaid dress will also be there to look at.

And for a behind-the-scenes look at the wedding, visitors will also get to watch pre-wedding recorded footage where the Duke and Duchess of Sussex discuss their choice of outfits, music and flowers.

The exhibition runs until October 6 - and you can find information on how to purchase tickets at the Royal Collection Trust website.