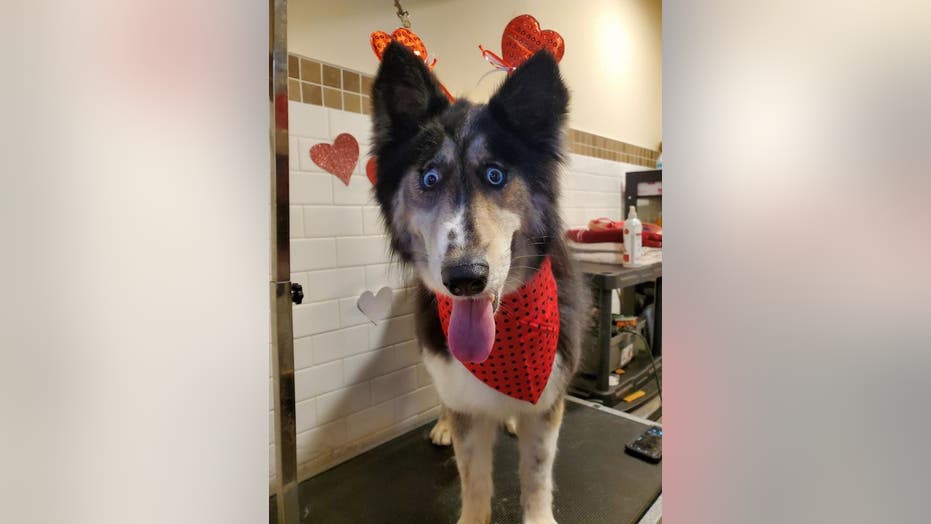 A dog once deemed too “weird”-looking to find a home has now done just that, thanks to the power of the Internet.

Jubilee, a 4-year-old husky, was first dropped off at the Husky House in Matawan, N.J., a few years ago, after a breeder apparently “felt they just couldn’t sell her,” a spokesperson for Husky House told Buzzfeed News.

Jubilee, who suffers from a congenital eyelid issue, has since lived at the New Jersey shelter. But last Tuesday, after Husky House shared a post about Jubilee, she became something of a viral celebrity — and she’s since been adopted by a loving family. (After a quick trip to the salon, that is.)

Jubilee, 4, was abandoned by a breeder who reportedly didn't like the look of her "weird" eyes. (Husky House)

“Thanks to everyone who shared Jubilee’s story. She has found her forever home with previous Husky House adopters and joins her new fur-siblings in a wonderful new life!” wrote Husky House in an update to the original Facebook post they shared about Jubilee and her “funny-looking” eyes.

Fans also began sending in their Jubilee-inspired artwork and drawings as a show of support for “Team Jubilee” — a group which soon begat its own charitable T-shirts which are currently being sold to raise money for other “adoptables” at Husky House.

Husky House says Jubilee’s new owners would like to remain anonymous for the time being but added that they’ve set up Jubilee with her own Facebook page, where fans can go for updates.

“She is such a wonderful pup!” Husky House wrote of Jubilee in a statement to Fox News.