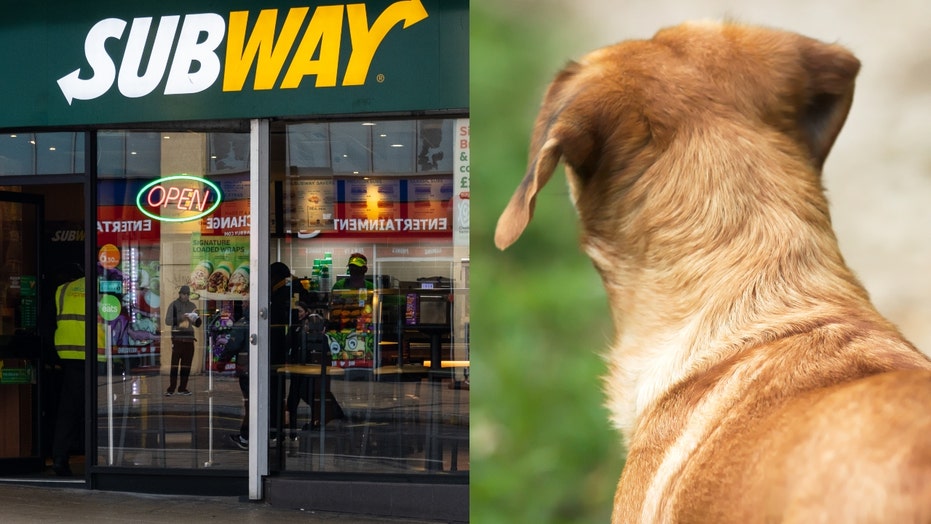 A video of a stray dog waiting outside a Subway store for food has gone viral.

The Twitter video, originally shared on TikTok, shows a Subway employee giving food to the dog, nicknamed “Subway Sally,” who patiently waits by the entrance door.

“This stray dog has been coming to subway every night for the past year,” the employee wrote. “We always feed her.”

A TikTok video shows a Subway employee giving food to the dog, nicknamed “Subway Sally,” who patiently waits by of the entrance door. (Photo: iStock)

The Subway worker is seen packing some assorted meats, including turkey and bacon strips, and then bringing it outside to Subway Sally. The adorable pooch immediately begins chowing down on the food.

“Someone adopt her I wanna cry,” a Twitter user commented.

“Someone adopt her please,” another tweeted.

“You even use gloves to serve sally,” another Twitter user pointed out.

Even Subway’s official Twitter account weighed in on the viral video, tweeting: “Subway Sally just made all of our dreams come true”

Some Twitter users, however, chose to focus on the fact that the Subway employee fed her bacon, which they said wasn’t healthy for a dog.

“Not to be dramatic but you are going to give that dog pancreatitis feeding it bacon,” someone tweeted, while another said: “That garbage will make her sick!”

Others zeroed in on how well-groomed Subway Sally appeared to be for a stray.

“How this dog a stray when she looks like she’s using Tresemme,” one Twitter user commented. “I know a stray when I see one... This is a spoiled little girl sneaking out & getting free Subway.”

Another person cared less about Subway Sally and more about actual Subway eaters.

“Y’all give the dog more meat than us paying customers,” he said. “That’s real talk.”