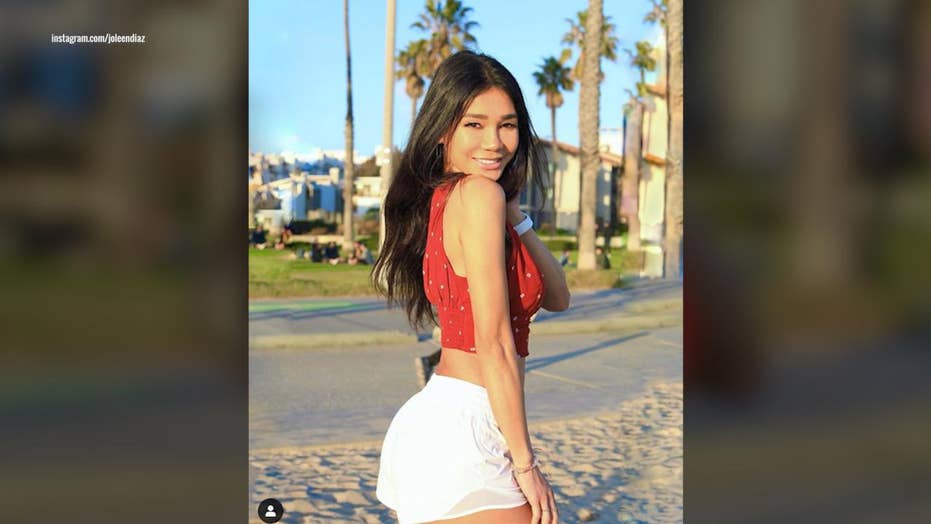 Joleen Diaz, a schoolteacher and Internet-appointed 'Hottest Mom in the World,' describes the attention as 'a little overwhelming.'

The 43-year-old San Franciscan who went viral for her youthful appearance sat down with Fox News to talk about growing up as a tomboy, her unexpected fame, and why it helps that she's an elementary schoolteacher.

Joleen Diaz, a schoolteacher and Internet-appointed “Hottest Mom in the World,” describes the attention as “a little overwhelming.”

The 43-year-old San Franciscan, Joleen Diaz, went viral for her youthful appearance after a photo of her posing with her daughter, 19, was posted on Instagram. (Joleen Diaz)

“It actually started [when] my daughter posted this social media video that all the kids were doing about hot moms,” she said. “I think that’s how the name got started.”

Diaz is quick to point out that “there are a lot of hot moms out there.” But her 101,000 Instagram followers seem to only have eyes for her, as her photos routinely pull in thousands of likes and comments — and most of them, she says, are very nice.

She said her daughter was “just as shocked” about the photos going viral, but they’re both pleased — after adjusting to “having so many eyes on you.” (Jam Press / Joleen Diaz)

“I think for me the best part that I’ve experienced the past couple of weeks is meeting so many new people from around the world,” she said. “So many supportive people.”

She said her daughter was “just as shocked” as she was about the photos going viral, but that they’re both pleased after adjusting to “having so many eyes" on them.

“It happened super quick. Kind of, like, within two days. She’s happy. She thinks it’s really cool," Diaz said. “It took a while for me to adjust to all of it. I’m not really used to [the attention],” she added.

“I don’t wake up looking put together and I don’t go to bed looking that great either.”

However, when it comes to getting attention for her youthful appearance, she's very happy that one particular group hasn't noticed.

“I teach 3rd and 4th grade, so they haven’t said anything to me about seeing it, which, I’m thankful,” she said, laughing.

Diaz said she hasn't always been a put-together “hot mom," though. Growing up in Guam, Diaz described herself as a “tomboy.”

“I was the scrawny kid with the scraggly hair,” Diaz said. “I don’t wake up looking put together and I don’t go to bed looking that great either.”

But for her, and other women, Diaz explained that beauty always comes from within, and recommends everyone “find something to love” about themselves.

“I would tell a woman to just find confidence and beauty in herself. Find something about herself that she loves and focus on that because there’s something inside all of us that we can find and love and build our self-confidence on.”

'HOT GRANDMA' STUNS INSTAGRAM FOLLOWERS AFTER REVEALING SHE'S 40: 'THEY ARE SO SHOCKED'

As far as her next steps go, Diaz is taking a wait-and-see approach.

“I’ll see how people feel about me when it settles. But I really don’t mind inspiring and helping people to live a healthy life and just make healthy choices," she said.

“Especially since it’s really cool that so many people from around the world have reached out. That part, I think is insane. I love that part of it.”