If there is a silver lining in the COVID-19 crisis over the past two years, it's that American parents have seen firsthand, via their children's online classes, how public schools have pushed a radical agenda that includes CRT (whether it's actually called that by schools or not).

"Whose Children Are They?" opens March 14. Fox News Digital spoke with a producer of the documentary, as well as with others. (WCAT LLC)

With the premise that "public education is the most important domestic issue facing America today," the documentary is opening in select theaters on March 14, for one night only.

It calls on parents, teachers and others to partner together "for the innocence and well-being of our children."

"The so-called teacher unions and their political allies are heavily pushing CRT in our K-12 schools, colleges and universities."

"I’d like parents to understand that the root problem in our schools is the so-called teachers’ unions and their radical agenda — not good teachers," Rebecca Friedrichs, a producer on the project and a cast member, told Fox News Digital in an interview earlier this week.

The mother of two grown boys, Friedrichs is co-founder of For Kids and Country, a national movement of parents, teachers and citizens who want to restore the culture in public schools.

During a 30-day window from March 15-April 14, viewers can see "Whose Children Are They?" via ticketed events at their churches, homes, schools and more.

To do so, they can click on a button on the film's website that says, "Bring to My Church." After that first month, the movie will be available via premium video on demand.

CRT is ubiquitous in America, noted Friedrichs ahead of the documentary's debut. "The so-called teacher unions and their political allies are heavily pushing CRT in our K-12 schools, colleges and universities," she said.

"It is imbedded in curricula, teacher trainings, school cultures and especially through Obama-era racial equity discipline policies that have turned our classrooms into war zones."

"Good teachers reject CRT," Rebecca Friedrichs told Fox News Digital, "because it teaches children to judge their peers [based] on the color of their skin instead of the content of their character." Shown here is another still from the documentary "Whose Children Are They?" opening March 14. (WCAT LLC)

Friedrichs also said, "The education establishment wants teachers to weave CRT into every subject. But good teachers reject CRT because it teaches children to judge their peers [based] on the color of their skin instead of the content of their character."

BETO O'ROURKE OF TEXAS COMES OUT AGAINST CRT IN SCHOOLS

Friedrichs added, "My students and I always celebrated that we were living Martin Luther King Jr.’s dream because we had students from all over the world in our class, but we all respected one another."

"We were a true melting pot. Unions and their allies seek to divide us all with CRT. Beware: CRT is presented under a score of other titles."

A still is shown here from "Whose Children Are They?" The release of the new documentary comes as public school enrollment in the U.S. is declining. (WCAT LLC)

Her lawsuit, Friedrichs v. California Teachers’ Association, brought with 10 others, was argued before the United States Supreme Court in 2016 and "blazed the trail for ending forced unionism for all teachers and government employees."

"If parents will stand with good teachers and help them to reject the unions, we can restore our schools," explained Friedrichs. "The unions are the culprits behind undermining parents, indoctrinating children, pushing an anti-American agenda, destroying our once outstanding educational system and more." 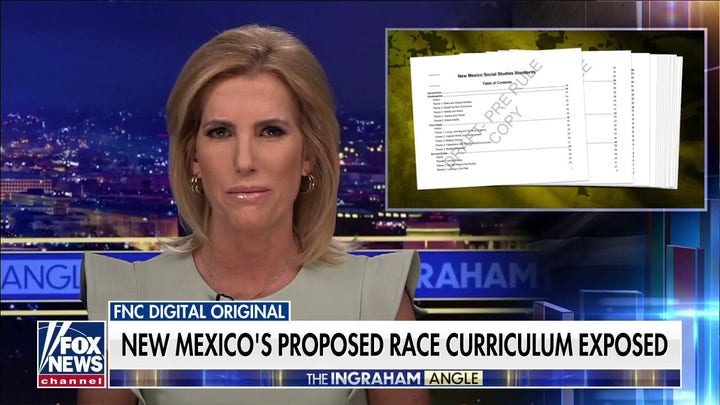 A former California public school teacher, Friedrichs is the author of "Standing Up to Goliath."

Friedrichs also noted that while teachers are no longer forced to fund unions, many are either unaware or too afraid to leave unions that "control teachers in a culture of fear."

The release of "Whose Children Are They?" comes as public school enrollment nationwide is declining.

A new documentary exposes an agenda of many public schools in America. (WCAT LLC)

The number of reported students attending public schools in the U.S. in 2020-2021 fell by 3 percent, according to the National Center for Education Statistics (NCES).

The state of Washington, for example, lost 40,000 public schoolchildren during the 2020-2021 school year, as Katy Payne, communications director at the Office of Superintendent of Public Instruction (OSPI), verified to Fox News Digital.

"Critical race theory judges white students for crimes they didn’t commit, burdening them with an irredeemable guilt based solely on the color of their skin," Maxford Nelsen, director of Labor Policy at the Freedom Foundation, in Olympia, Washington, told Fox News Digital.

"Zoom school gave parents an unprecedented look at government school curriculum, and many were horrified by the overt racism and political propaganda broadcast into their homes."

The national nonprofit organization works to advance the principles of individual liberty, free enterprise and limited, accountable government. It is fighting to reverse the undue influence of government unions.

"To students of color, critical race theory preaches lies that the system is so pervasively rigged against them that all they can do is participate in the left’s nihilistic revolution to destroy America as we know it," added Nelsen.

Here is another still from the new documentary "Whose Children Are They?" opening on March 14, 2022. (WCAT LLC)

"In the process, it deprives them of the agency to achieve their dreams and fulfill their God-given potential."

(Of note: When Rebecca Friedrichs’ case reached the Supreme Court in 2015, the Freedom Foundation filed an amicus brief on her behalf.)

"Gov. [Jay] Inslee’s draconian response to the COVID-19 pandemic, cheered on by the Washington Education Association teachers’ union, kept far too many kids out of school for far too long," Nelsen of the Freedom Foundation also said.

"The failure of our state’s government schools to continue to provide adequate education is certainly a big reason so many parents turned to alternatives that better met their family’s need," he said.

"They use the tactics of CRT to divide Americans and to create a culture of envy and blame."

He added, "For other families, Zoom school gave parents an unprecedented look at government school curriculum, and many were horrified by the overt racism and political propaganda being broadcast into their homes."

"Critical race theory is dividing our children in ways that are unacceptable," Carol Swain, Ph.D., a former tenured professor at Princeton and Vanderbilt universities, says in the documentary.

Dr. Carol Swain, shown during a recent appearance on the Fox News Channel, is among those featured in "Whose Children Are They?" (Fox News)

Swain is co-author of "Black Eye for America: How Critical Race Theory is Burning Down the House." She is also an educational advisor for the American Cornerstone Institute, founded by Dr. Ben Carson.

What parents need to know

"It is important to understand that the ‘teacher unions’ are masquerading as teachers and unions," Friedrichs pointed out.

In her opinion, "They bully good teachers, silence our voices and use Mafia tactics to keep us in line."

"Parents are more engaged and paying more attention to their school boards [now] than at any time in recent history."

She also said, "Unions promote CRT and other radical ideologies because they are political action committees for the left. They are transmission belts of socialism and communism."

She added, "They use the tactics of CRT to divide Americans and to create a culture of envy and blame. They desire to upend our free republic, American traditions, and capitalism and to replace them with socialism, communism and atheism."

However, on a positive note, the Freedom Foundation's Nelson noted, "Parents are more engaged and paying more attention to their school boards and government education officials [now] than at any time in recent history."

Anyone wanting more information about the new documentary "Whose Children Are They?" out on March 14 can check out its website at whosechildrenarethey.com.