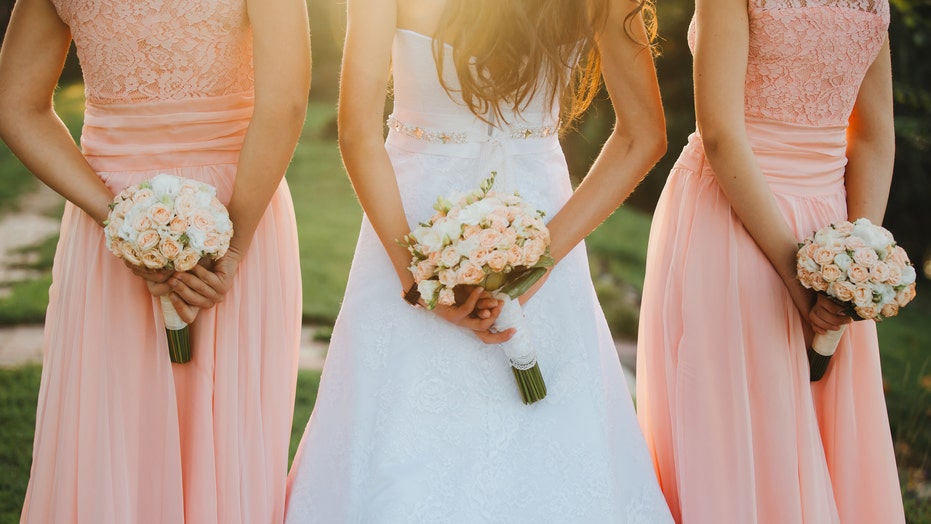 A bride is being slammed online because of her request to keep precious jewelry that her sister-in-law lent her for her wedding.

Earlier this week, the sister-in-law posted on Reddit’s “Am I the A--hole” forum to ask if she should give the jewelry -- which had been her mother’s -- to the bride.

In the post, the 17-year-old sister-in-law, with the username silweddingjewelry, explained that the jewelry -- which included heirlooms and gifts from her grandparents -- had been given to her after her mom died.

“My mom died when I was 6, so I don’t have many memories with her,” silweddingjewelry wrote. “However, she left me all of her jewelry, with a handwritten note about the significance of each piece.”

“Since I have so few memories of my mom, I really treasure her jewelry,” she added. “Going through life knowing that she’s missing so many of my milestones is devastating, so I like to wear her jewelry during big events so that it’s like she’s with me.”

The Reddit user also explained that the groom is only her half-brother.

“My brother was from my mom’s first marriage, and there’s a 16 year age gap between us (he’s 33, I’m 17), so we don’t have a sibling relationship, we’re more like cousins,” she wrote. “We see each other a few times a year and have a good relationship, but we aren’t super close.”

A bride has been slammed on Reddit for demanding that her sister-in-law give her family jewelry. (iStock)

However, when he and the bride were getting married last year, silweddingjewelry offered to lend the bride some of her mom’s jewelry for the wedding -- including a set of pearls and a diamond headpiece designed specifically for the Reddit user after she was born.

“It was a nice way to integrate my mom’s memory into the wedding and also be ‘something borrowed,’" she wrote.

But once the ceremony was over, the bride “tried to keep the jewelry since she claimed it was now more sentimental to her,” according to the post.

“I said no, but my brother told me to give her them, since they’re from his mom too,” silweddingjewelry wrote. “But I don’t think that’s fair, since the jewelry has no significance for his paternal family.”

According to the post, the couple are still asking silweddingjewelry to give them the jewelry, especially now that the bride is pregnant with a girl. The bride even sent her sister-in-law a list of jewelry she wanted from her collection, including the pieces she wore in the wedding and others.

“My brother and SIL think that I need to give my niece the jewelry since she’s a girl of the family,” silweddingjewelry wrote. “If my niece wanted to borrow the same jewelry her mom wore for her wedding, which won’t even be for like 20 years, I’d gladly let her. But I don’t want to give away these important signifiers of my mom.”

The Reddit user asked if keeping the jewelry made her an a--hole, but commenters were on her side.

“That is your property and they have no right to demand you give it to them,” one person wrote. “That is ridiculous.”

Another commenter wrote: “You're not Tiffany & Co. and they don't get to go shopping through your belongings.”

“It's hard to wrap my head around the idea of someone just demanding things like this,” someone else said.