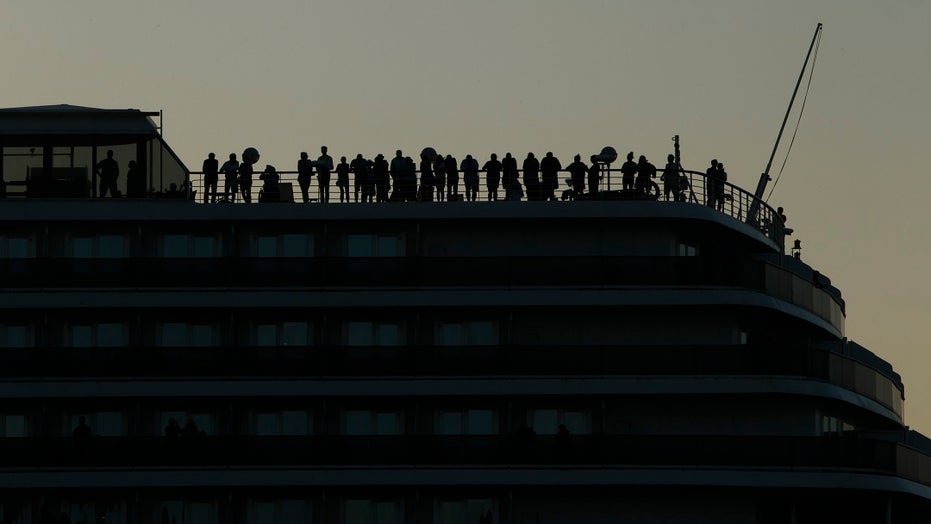 Investigators trying to track down passengers from Westerdam cruise ship that docked in Sihanoukville, Cambodia; Greg Palkot reports from London.

The last of the passengers aboard Holland America’s MS Westerdam cruise liner were allowed to disembark on Wednesday after testing negative for coronavirus.

The ship, which had previously been turned away by four Asian governments due to COVID-19 concerns, has been docked in Cambodia since Thursday.

The ship originally set sail from Hong Kong on Feb. 1 for what was supposed to be a 14-day excursion.

Upon docking at the port of Sihanoukville in Cambodia on Thursday, local authorities initially said passengers would be cleared to return to their home countries.

An American woman who had been on the ship later tested positive for COVID-19 after disembarking and flying to Malaysia.

Thailand, the Philippines, Taiwan and Japan had turned away the MS Westerdam before Cambodian officials allowed the ship to dock in Sihanoukville. (AP)

Holland America later confirmed that health authorities would be contacting passengers who had already disembarked. The rest of the passengers were subjected to health screenings before being allowed to disembark. And on Tuesday, Cambodian health officials determined that the final 781 passengers on the MS Westerdam had tested negative.

“These results provide the required clearance for remaining guests in Cambodia to begin their onward journey home,” Holland American said in a statement released on Tuesday. “The company is working to finalize arrangements for everyone. Those who traveled home previously will be contacted by their local health department and provided further information.”

On Wednesday, after 18 days on the ship, the final 233 passengers who were still awaiting travel arrangements finally disembarked, Reuters reported.

Passengers and crew reportedly cheered at the news, which was also commemorated with the ship blasting its horn, according to Reuters. Guests were also given Cambodian-style checkered scarves to take home.

Passengers and crew stand on the railing of the Westerdam cruise ship as it docked at the port of Sihanoukville, Cambodia, on Thursday. (AP Photo/Heng Sinith)

The cruise ship, meanwhile, will remain docked at Sihanoukville for “at least a few more days” while testing finishes for the remaining 747 crew members, Holland America wrote in a statement shared with Fox News.

The ship was reportedly carrying 2,454 passengers and 802 crew members when it departed from Hong Kong on Feb. 1.